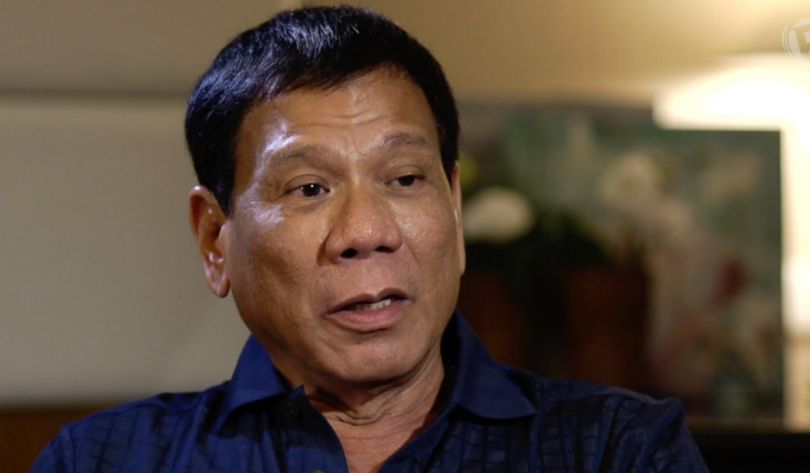 A network of money transfers from ISIS in the Middle East to its syndicates in Asia combined with the drugs trade has allowed ISIS to enrich itself in Philippines.

A new counter-terrorism report from the Indonesian Institute for Policy Analysis of Conflict has investigated and confirmed claims that the ISIS insurgency in southern Philippines, particularly on the island of Mindanao is partly funded by ISIS syndicates in the Middle East, including and specifically in the illegally ISIS occupied regions of eastern Syria.

The funds are typically funnelled to South East Asia using conventional means such as Western Union.

A Malaysian man, Dr. Mahmud Ahmad was said to have received $600,000 from ISIS in Syria which he then send to terrorists in southern Philippines.

Thus far, ISIS has been able to avoid being caught by responsible world authorities due to the fact that the funds are used to recruit local insurgents to ISIS who are then encouraged to open up small individual bank accounts which are used to launder and transfer money to fellow terrorists.

The ‘bottom-up’ approach ISIS uses to fund its activities have thus far been largely successful for the notorious terrorist group. The phenomenon of small account holders pinging small and medium sized transfers to other nondescript personal accounts around the world has largely escaped the red flags of the international banking system which typically looks for suspicious large transfers between parties of interest.

The report also confirmed that in addition to writing in English and Tagalog, the terrorists also used Telegram communications to speak to one another in Arabic and Turkish, two languages which are entirely foreign to Philippines. This suggests that Salafists from Turkey and the Arab world are helping to orchestrate and fund violence in Philippines.

However, the report stated that the majority of funds for ISIS in Philippines comes from local sources which gives increasing credence to statements by President Rodrigo Duterte that the lucrative drugs trade is a key source of revenue for terrorists.

ISIS is well known to control the cultivation, supply and distribution networks of narcotics throughout the world.

“It  has been widely exposed that ISIS, al-Qaeda and other terrorist groups are also big narcotics traders and traffickers. The Afghan heroin trade alone is said to generate over $1 billion per year for ISIS. With Iraq capturing more and more oil rich territory of their country from illegal ISIS occupiers, the drugs trade is becoming even more important for groups like ISIS.

It is no coincidence that ISIS have poured resources into Salafist terrorist groups in Philippines in order to stop President Duterte’s war on drugs, a war which could cut off funding for groups like ISIS who profit from the illegal drug trade which has ravaged Philippines for years.

During al-Qaeda’s war on Libya, Revolutionary Leader Muammar Gaddafi warned that many of the terrorists were on drugs.

Gaddafi turned out to be absolutely correct. The pills about which Gaddafi spoke shortly before his assassination at the hands of terrorists was something called Captagon, a super-strength amphetamine that according to that generally anti-Assad and anti-Gaddafi British magazine Spectator is used widely by jihadists.

The Spectator reports that 11 million Captagon pills were seized by Turkish authorities at the Syrian border and that a Saudi Prince was recently caught trying to smuggle two tonnes of the drugs on a private jet.

The magazine interviewed a ‘former’ jihadist who claimed,

“We would fight them, slaughter them…The moment we take a pill we would stop thinking about anything”.

The drug addicted terrorist also claimed that, “You even stop thinking of your own family”, when on the pills.

Further reports found that stashes of the drug cocaine were found by Kurdish fighters in Syria at a property occupied by ISIS war lord Emir Abu Zahra.

Other reports have found that ISIS are working with the Albanian mafia to smuggle drugs throughout Europe. Drugs represent half of Albania’s GDP and is known as a country where ISIS have one of their biggest yet rarely spoken about strongholds in Europe. The ISIS-narco trade is even more apparent in the occupied Serbian province of Kosovo and Metohija. Here, the Albanian mafia essentially rule the roost. According to the British paper Daily Mirror, ISIS have seized over $4 billion worth of drugs in Albania.

This issue is hardly discussed in the west where hard drugs are regularly consumed not just by miscreants and bandits but by politicians, financial workers, lawyers and other high net worth scoundrels. The fact is that the big-money of the west fuels the ISIS drug trade which in turn helps feed suicide bombers and other ISIS, al-Qaeda and FSA fighters with drugs that allow them to commit their crimes against humanity with ease and without a second thought.

We all realise that the west is more interested in regime change against secular governments in the Arab world and possibly beyond (think Philippines), but are they also more interested in ‘getting high’ than in fighting terrorism? The reality rather speaks for itself.

Philippines President Rodrigo Duterte is hated by those who use drugs, profit from the sale of drugs and supply drugs to terrorists. This is all the more reason for those with a clear conscience and pure intentions to support Duterte’s war on drugs as well as his war on ISIS. It is after all, the same war and it is a war that must be waged without mercy”.

It is becoming increasingly clear that in order to defeat terrorism in the Philippines, the war on both drugs and international money transfers between jihadists must be tackled simultaneously.