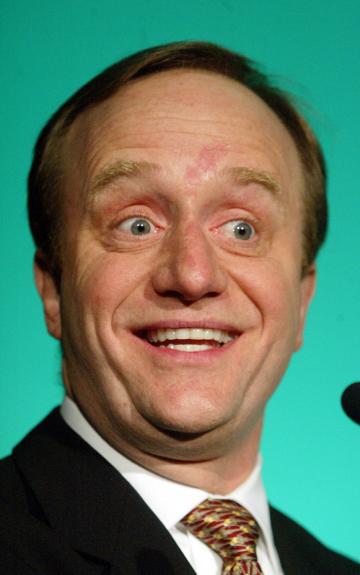 CNN will never learn, despite the fact that they have been single-handedly discredited last month. The Zionist network keeps inviting numerous guests who hopelessly want America to literally bomb Russia right now. Commentator Paul Begala has recently come on the platform and declared unequivocally that:

“We were and are under attack by a hostile foreign power. We should be debating how many sanctions we should place on Russia or whether we should blow up the KGB, GSU, or GRU [Russia’s foreign intelligence agency]. If I was Trump, I would be mad because it has tainted his victory.”[1]

One must wonder how much the Zionist network pays those political whores and prostitutes to say crazy things like that. It seems like you can sign a check for thousands of dollars and people like Begala will say just about anything, even though they don’t really believe that they are saying.

The simple questions are these: does the network really think that the masses are getting dumber? Can’t they just see that the vast majority of Americans do not listen to their fake stories anymore? Last January, it was reported that “A poll of cable news network viewers found that CNN’s regular audience is far more skeptical of the political news they receive than Fox News fans.”

Begala wants to tell us that we need to bomb Russia, while Russia is fighting for a ceasefire in Syria. Israel, to this very day, is mad and sad because the ceasefire is working. Israel wants to drink the blood of other people in the region, using ISIS and other terrorist groups, and Russia is stopping them from doing exactly that. The Netanyahu administration, as always, is sad. One official declared:

Netanyahu himself wants to exclude Iran from the deal, despite the fact that Iran has been fighting ISIS in Syria. “Israel will welcome the real cessation of hostilities in Syria,” he said, “but it must not result in the consolidation of the Iranian and its satellites’ forces in Syria in general and particularly in Syria’s south.”[2]

One needn’t be an intellectual to realize that something fishy is going on here. As senior fellow at the Middle East Studies’ Center for Arab and Islamic Studies Boris Dolgov puts it,

Obviously Paul Begala understands this, but apparently he doesn’t want to live his well-paid job. CNN pays him to lie and to forge fabrications. If “the Russia thing is nothing but burger,” as one CNN commentator said, then we can say with certainty that people like Begala are really traitors to the United States.

We can now ignore Begala. Let us turn the table around and talk to Serbian director Emir Kusturica. Kusturica, like director Oliver Stone,[4] does not believe that Russia is an enemy of the West. In fact, he thinks that Vladimir Putin is setting Russia on her feet. He states:

“I am very much fond of Putin’s gentleman-like stand, the way he raised Russia from the rock bottom it hit during Yeltsin’s time in power and set it back on its feet, the way he made people proud of their history and culture again.”[5]

This has obviously put the director into the ideological warzone. “The director conceded that he often comes under fire for not hiding his favorable attitude towards the Russian leader.”

Kusturica stands for something that is right. Will the Zionist Media and their marionettes at least be fair to their listeners? Will they tell the truth about Russia and the situation in Syria? What is it going to take for these people to wake up from their moral, intellectual, and spiritual blindness?