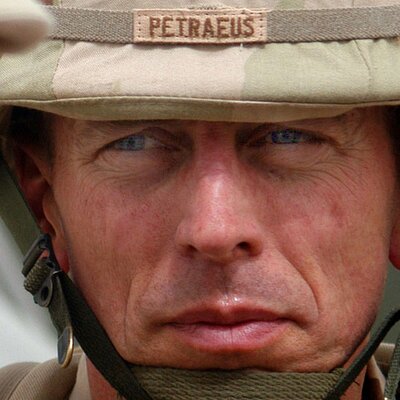 Over the last seven years, several billion dollars’ worth of armament has been illegally introduced into Syria – a fact which in itself is enough to disprove the myth according to which this war is a democratic revolution. Numerous documents attest to the fact that the traffic was organised by General David Petraeus, first of all in public, via the CIA, of which he was the director, then privately, via the financial company KKR with the aid of certain senior civil servants. Thus the conflict, which was initially an imperialist operation by the United States and the United Kingdom, became a private capitalist operation, while in Washington, the authority of the White House was challenged by the deep state. New elements now show the secret role of Azerbaidjan in the evolution of the war.

How were the jihadists of Aleppo supplied with Bulgarian weapons?

During the liberation of Aleppo and the capture of the Saudi military staff who were on site, Bulgarian journalist Dilyana Gaytandzhieva noted the presence of weapons from her country in nine warehouses abandoned by the jihadists. She carefully noted the information on the boxes, and once she returned home, she investigated the way in which the weapons had been delivered to Syria.

Since 2009 – with the short exception of the period between March 2013 to November 2014 – Bulgaria has been governed by Boïko Borissov, a highly colourful character from one of Europe’s main criminal organisations, the SIC. Let’s remember that Bulgaria is a member of both NATO and the European Union, and that neither of these two organisations offered the slightest criticism concerning the accession to power of a Mafia lord who had been identified as such a long time previously by the international police services.

It is therefore clearly at the risk of their lives that Dilyana Gaytandzhieva uncovered the organisation, and the editors of the Sofia daily, Trud, published her article [1]. While Bulgaria was one of the main arms exporters to Syria, it received help from Azerbaïdjan.

Since the beginning of the Arab Springs, a gigantic arms traffic was organised by the CIA and the Pentagon in violation of a number of resolutions by the UNO Security Council. All the operations that we will be mentioning here are illegal under international law, including those organised publicly by the Pentagon.

As far as arms traffic is concerned, even when individuals or private companies are used as shields, it is impossible to export sensitive equipment without the authorisation of the governments concerned.

All the weapons we will be mentioning, apart from the electronic intelligence systems, are ’Soviet-type’. By definition, even if we pretend that the armies supplied with NATO-type weapons are indeed the final recipients, this is an impossibility. These armies serve only to cover the traffic.

We already knew that the CIA had contacted the SIC, and that Boïko Borissov had been called upon to manufacture an emergency quantity of Captagon destined for the jihadists, first in Libya, then in Syria. Since Maria Petkova’s investigation, which was published in the Balkan Investigative Reporting Network(BIRN), we knew that between 2011 and 2014, the CIA and the SOCOM (Pentagon Special Operations Command) had bought 500 million dollars’ worth of weapons from Bulgaria on behalf of the jihadists. Then, later, we learned that other weapons were paid for by Saudi Arabia and the United Arab Emirates and transported by Saudi Arabian Cargo and Etihad Cargo [2].

According to Krešimir Žabec, of the Zagreb daily Jutarnji list, at the end of 2012, Croatia delivered 230 tonnes of weapons to the Syrian jihadists for a value of 6,5 million dollars. The transfer to Turkey was handled by three Ilyushins from Jordan International Air Cargo, and the weapons were then parachuted by the Qatai Army [3]. According to Eric Schmitt of the New York Times, the whole system had been created by General David Petraeus, director of the CIA [4].

In 2012, when Hezbollah attempted to unearth the CIA / SOCOM network, an attack was perpetrated against a number of Israëli tourists at Burgas airport, the nerve centre of the traffic. Ignoring the Bulgarian police enquiry and the report of the medical examiner, the Borissov government blamed the crime on Hezbollah, and the European Union labelled the Lebanese Resistance as a « terrorist organisation » (sic). We had to wait for the provisional fall of Borissov before the Minister for Foreign Affairs, Kristian Vigenine, pointed out that this accusation is without foundation.

According to a source close to the PKK, in May and June 2014, the Turkish secret services chartered special trains to deliver Ukranian weapons to Rakka – which was then called the Islamic Emirate in Iraq and Syria, and is now known as Daesh. The weapons were paid for by Saudi Arabia, as were more than a thousand Hilux vehicles (double cabin pick-ups) specially altered to resist desert conditions. According to a Belgian source, the purchase of the vehicles had been negotiated with the Japanese firm Toyota by the Saudi company Abdul Latif Jameel.

According to Andrey Fomin of the Oriental Review, Qatar, which did not want to be left out, bought the most recent version of the Air Missile Defense Complex “Pechora-2D” from the Ukranian state company UkrOboronProm, for the jihadists. The delivery was made by the Cypriot company Blessway Ltd [5].

According to Jeremy Binnie and Neil Gibson of the professional arms magazine Jane’s, the US Navy Military Sealift Command launched two tenders in 2015 for the transport of arms from the Romanian port of Constanta to the Jordanian port of Aqaba. The contract was won by Transatlantic Lines [6]. It was implemented on 12 February 2016, just after the signature of the cease-fire by Washington, in violation of its engagement.

According to Pierre Balanian of Asia News, this system was extended in March 2017 with the opening of a regular maritime line by the US company Liberty Global Logistics, linking Livorno (Italy) / Aqaba (Jordan) and Jeddah (Saudi Arabia) [7]. According to geographer Manlio Dinucci, it was mainly used to deliver tanks to Syria and Yemen [8].

According to Turkish journalists Yörük Işık and Alper Beler, the last contracts of the Obama era were implemented by Orbital ATK, who organised, via Chemring and Danish H. Folmer & Co, a regular line between Burgas (Bulgaria) and Jeddah (Saudi Arabia). For the first time, we are now talking not only about weapons produced by Vazovski Machine Building Factory (VMZ) (Bulgaria), but also by Tatra Defense Industrial Ltd. (Czech Republic) [9].

Many other operations took place in secret, as demonstrated by the affairs of the cargo Lutfallah II, inspected by the Lebanese Navy on 27 April 2012, or the Togolese cargo the Trader, inspected by Greece on 1 May 2016.

The total of these operations represent hundreds of tonnes of weapons and ammunition, perhaps even thousands, mainly paid for by the absolute monarchies of the Gulf, allegedly to support a « democratic revolution ». In reality, these petro-dictatorships only intervened to dispense the Obama administration with having to explain themselves to the US Congress (Operation Timber Sycamore) and cement their belief that the moon is made of green cheese [10]. All of this traffic was under the personal control of General David Petraeus, first of all via the CIA, of which he was the director, then via the financial investment company KKR, for which he worked thereafter. He benefited from the assistance of senior civil servants, sometimes under the presidency of Barack Obama, and then – massively – under that of Donald Trump.

The secret role – until now – of Azerbaidjan

According to Sibel Edmonds – ex-FBI agent and founder of the National Security Whistleblowers Coalition – Azerbaïdjan, under President Heydar Aliyev, from 1997 to 2001 hosted in Bakou the number 2 of Al-Qaïda, Ayman el-Zawahiri. This was done at the request of the CIA. Although officially wanted by the FBI, the man who was then the number 2 of the international jihadist network travelled regularly in NATO planes to Afghanistan, Albania, Egypt and Turkey. He also received frequent visits from Prince Bandar ben Sultan of Saudi Arabia [11].

To its security relations with Washington and Riyadh, Azerbaïdjan – whose population is nonetheless mainly Chiite – adds Sunni Ankara, which supports it in its conflict with Armenia concerning the secession of the Republic of Artsakh (Nagorno-Karabakh).

According to Dilyana Gaytandzhieva, in 2015, Minister for Transport Ziya Mammadov placed the state company Silk Way Airlines at the disposition of the CIA , at the expense of Saudi Arabia and the United Arab Emirates. The Minister for Foreign Affairs, minimally scrupulous Elmar Mammadyarov, sent requests for official recognition of « diplomatic flights » to several of his embassies, which protected the flights from being searchcd under the Vienna Convention. In less than three years, more than 350 flights benefited from this extraordinary privilege.

Although, according to the international treaties, neither civil nor diplomatic flights are authorised to carry military material, requests for recognition as « diplomatic flights » require the explicit detailing of the cargo transported. However, at the request of the US State Department, at least Afghanistan, Germany, Saudi Arabia, Bulgaria, Congo, the United Arab Emirates, Hungary, Israël, Pakistan, Poland, Romania, Serbia, Slovakia, the Czech Republic, Turkey and United Kingdom closed their eyes to this violation of international law, just as they had ignored the CIA flights to and from their secret prisons.

In less than three years, Silk Way Airlines transported at least one billion dollars’ worth of armament.

One thing leading to another, journalist Dilyana Gaytandzhieva uncovered a vast system which also supplied the jihadists not only in Iraq and Syria, but also in Afghanistan, Pakistan and Congo – also paid for by the Saudis and the Emiratis. Some of the arms delivered in Arabia were redirected to South Africa.

Apart from the Soviet-type arms produced by Bulgaria, Azerbaïdjan, under the responsibility of Minister of the Defence Industry Yavar Jamalov, bought stocks in Serbia, the Czech Repûblic and also in other states, declaring each time that Azerbaïdjan was the final recipient of the merchandise. Concerning the electronic intelligence material, Israël placed at their disposition the firm Elbit Systems, which pretended to be the final recipient, since Azerbaïdjan does not have the right to buy this type of equipment. These exceptions attest to the fact that the Azerbaïdjani system, although requested by the United States and Saudi Arabia, was controlled from start to finish from Tel-Aviv.

The Hebrew state, which pretended to be neutral during the whole of the Syrian conflict, nonetheless bombed the Syrian Arab Army on many occasions. Each time Tel-Aviv recognised the facts, it pretended that it had destroyed the arms destined for the Lebanese Hezbollah. In reality, all these operations, with perhaps a single exception, were coordinated with the jihadists. So today we learn that Tel-Aviv supervised the deliveries of arms to these same jihadists, so that although Israël limited itself to the use of its air force to support them, it did in fact play a central rôle in the war.

According to the international conventions, the falsification of certificates of final delivery, and the supply of weapons to mercenary groups who overthrow legitimate governments, or destroy recognised states, are considered to be international crimes.

[9] “The Pentagon is following through on arms agreements that Obama made with Jihadists”, Translation Anoosha Boralessa, Voltaire Network, 30 May 2017.