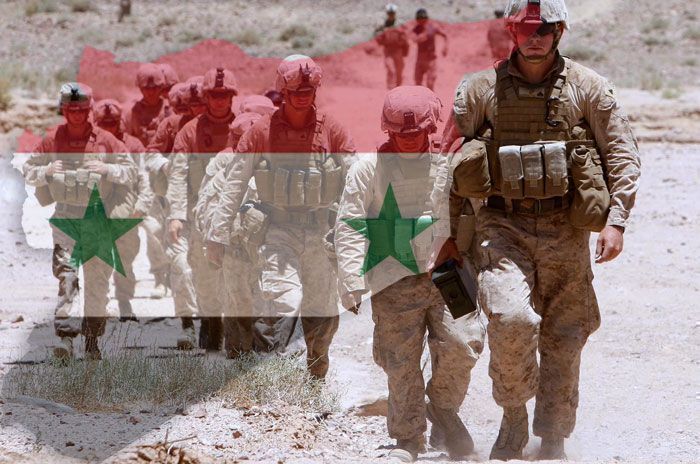 There is no legal basis for US military bases in Syria, Russian Foreign Minister Sergei Lavrov said at a press briefing Friday.

CIA Director Mike Pompeo’s comments Thursday, claiming that the Russian presence in Syria is due in part to Moscow’s wish to “stick it” to the US, Lavrov pointed out that he had read there are 10 US bases in Syria.

“The United States does not advertise its bases very much, and the fact that these bases do not have a legal basis is also obvious to all,” Lavrov told NBC News.

Lavrov said he does not mind the presence of US military bases in Syria, adding that they should be on the country’s territory lawfully.

Turkish Anadolu news agency reported on Tuesday that the United States had a total of 10 military outposts in Syria in the territory controlled by the Kurdish Democratic Union Party (PYD) and Kurdish People’s Protection Units (YPG). The report identified the locations where the bases were situated and outlined some of their uses, including US-led coalition airstrike coordination and the training of Kurdish fighters.

Lavrov added that the presence of foreign bases in Syria would be decided by the Damascus authorities alone once the terrorist groups in the country had been defeated an agreement satisfying all ethnic and confessional groups would be reached.

Russia has two military bases in Syria. The coastal city of Tartus has hosted a Soviet, and later Russian, naval supply and maintenance facility since 1971. The Hmeymim airbasein Syria’s north, on the other hand, was constructed in 2015 to serve as strategic center for Russia’s fight against terrorist groups. In January 2017, Syria leased both bases to Russia for 49 years.