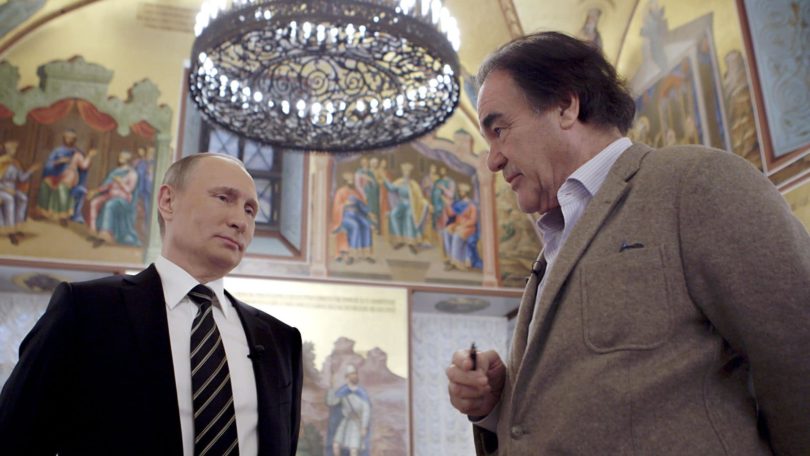 Vladimir Putin opens up to Oliver Stone about his children.

Russian President Vladimir Putin rarely speaks about his family life, but in Oliver Stone’s interview of the Russian President airing on Showtime, Putin discusses his children and grandchildren, as well as family discussions, and playing with his grandkids.

It’s a personal side to the Russian President not often reported….

As Russian President Putin was holding his 15th annual ‘Direct Line’ Q&A call-in session in Moscow, Putin addressed a question about his family life, and revealed the newest addition to his family.

Putin said his daughters “don’t get mixed up in politics” and then noted he has grandchildren already.

One of my grandchildren goes to kindergarten, my second grandchild was born recently, Putin added.

Putin says despite rumors, daughters live in Russia, he has grandchildren, second born recently. Rare are moments Putin speaks of his family

Putin evades question about his grandkids, says he doesn't want them to grow up as princes. Then he lets slip his second was just born.