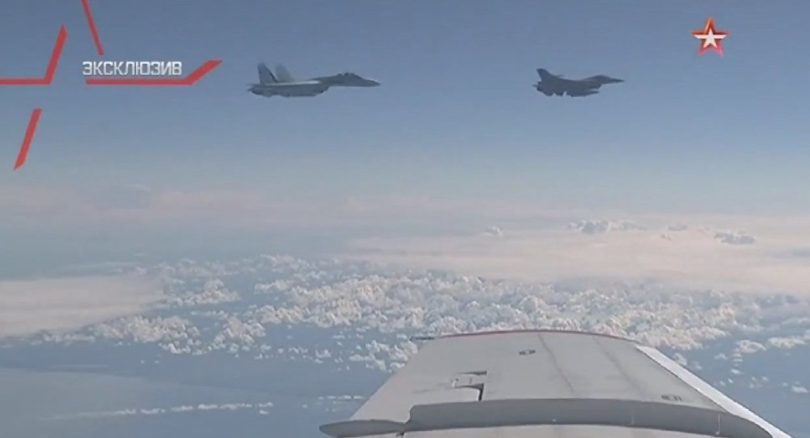 A NATO F-16 fighter jet approached the Russian defense minister’s plane above the neutral waters of the Baltic Sea.

The move appears to be in response to yesterday’s Russian fighter allegedly flying within 5 feet of a US reconnaissance plane traveling over the Baltic Sea.

The NATO plane was scared off by a Russian Su-27 escorting the minister’s aircraft.

The Russian plane was en route to the city of Kaliningrad, where Russian Defense Minister Sergey Shoigu is scheduled to discuss security issues with defense officials.