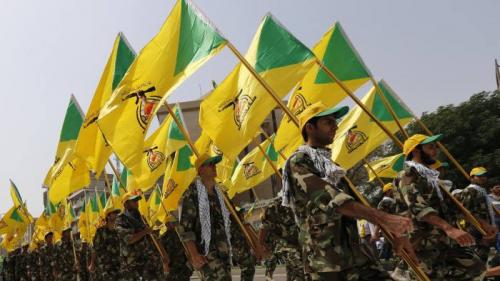 The FT has unveiled what its believes is the key trigger behind the shocking overnight collapse in diplomatic relations between Qatar and its Gulf neighbors. According to the FT, the catalyst that forced the Saudis and their allies to unveil the cut in diplomatic and economic ties, is that Qatar allegedly paid up to $1 billion to Iran and al-Qaeda affiliates “to release members of the Gulf state’s royal family who were kidnapped in Iraq while on a hunting trip, according to people involved in the hostage deal“; the secret deal was allegedly one of the triggers behind Gulf states’ dramatic decision to cut ties with Doha.

The details of the payoff: “around $700m was paid both to Iranian figures and the regional Shia militias they support, according to regional government officials. They added that $200m to $300m went to Islamist groups in Syria, most of that to Tahrir al-Sham, a group with links to al-Qaeda.”

A regional Arab official said the total paid to jihadi groups was closer to $300m. “So, if you add that up to the other $700m they paid to Iran and its proxies, that means Qatar actually spent about a billion dollars on this crazy deal,” he said.

The Iraqi Shia militia commanders in Iraq, all from hardline Iranian-backed groups, said that, to their knowledge, Iran had obtained around $400m after giving them a payment they would not disclose. They agreed to share some details because they were unhappy about their share of the payment.

“They [the Iranians] took the lion’s share,” said a member of one of the Iranian-backed Shia militias in Iraq. “That’s caused some of us to be frustrated, because that was not the deal.”

The “ransom payments are the straw that broke the camel’s back,” said one Gulf observer.

Not to be confused with the Obama administration secretly airlifting crates full of $1.7 billion in cash to Tehran to release five US hostages held by Iran, the FT writes that commanders of militant groups and government officials in the region told the Financial Times that “Doha spent the money in a transaction that secured the release of 26 members of a Qatari hunting party in southern Iraq and about 50 militants captured by jihadis in Syria.”

If nothing else, at least Qatar got a better bang for the physical buck, at $38 million per hostage, compared to the $340 million the Obama administration paid for the five US hostages released by Tehran.

While there is no official evidence, the FT adds that the deal, which was concluded in April, heightened concerns among Qatar’s neighbours about the small gas-rich state’s role in a region plagued by conflict and bitter rivalries, which however is at least somewhat confusing: after all it was well-known since the Podesta emails that even the US state department had confirmed that both Saudi Arabia and Qatar were the two primary funders of the Islamic State and various Jihidaist groups in the region. Recall from our October 2016 post:

In any case, last year’s revalation appears to have been “news” to Saudi Arabia – the other named source of funding to ISIS, and on Monday, Saudi Arabia, Egypt, the United Arab Emirates and Bahrain took the extraordinary step of cutting off diplomatic ties and transport links to Qatar, alleging the country fuels extremism and terrorism.“

The FT further notes that “Doha denies it backs terrorist groups and dismissed the blockade by its neighbours as “founded on allegations that have no basis in fact”. It said it could not immediately respond to a request for comment on the hostage deal. But a person close to the Qatari government acknowledged that “payments” were made. The person was unaware of the amounts or where the money went.”

In an amusing twist, one FT source – a Syrian opposition figure who has worked with an al-Qaeda mediator on hostage swaps in Syria. – adds that “if you want to know how Qatar funds jihadis, look no further than the hostage deal…. And this isn’t the first — it is one of a series since the beginning of the war.”

It gets better: the hostage transaction was also linked to a separate agreement, signed in March 2017, to facilitate the evacuation of four mutually besieged towns in Syria — two surrounded by jihadi forces and two besieged by Shia militias — according to the FT’s sources: “Syrian rebels and diplomats.” One western diplomat said the arrangement provided Qatar the “cover” to finance the hostage deal.

“Iran and Qatar had long been looking for a cover to do this [hostage] deal, and they finally found it,” he said.

According to two opposition figures with close contact with the groups paid, Qatar used the evacuation arrangement to pay $120-$140m to Tahrir al-Sham. Another $80m, they said, went to the Islamist group Ahrar al-Sham. “The Qataris pay anyone and everyone, to what end? They have only brought about our ruin,” said a Syrian rebel commander, who gave details about the payments but asked not to be identified.

Going back to our analogy of Obama dumping crates of cash – anywhere between $400 million and $1.7 billion – in Iran, it appears this time was not that different:

The punchline: “The money all came in suitcases, can you imagine this?” said one senior official.

And while Qatar has now been scapegoated for funding Al-Qaeda and ISIS, something most have known for years, a question emerges: does this mean that Saudi Arabia – another chronic supporter of terrorism in the region and around the globe – is now off the hook. That would be problematic in light of Saudi Arabia’s own on the record admission that it itself created Daesh, or ISIS, which however it allegedly did only in response to Obama’s disastrous policy in the region. From the Financial Times: