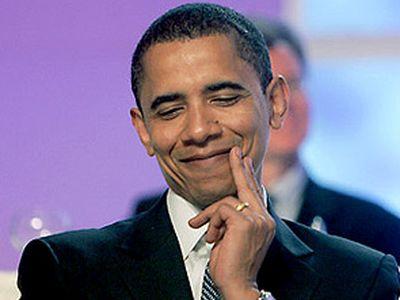 The legitimacy of Barack Obama’s 2008 election victory has been called into doubt after research group Just Think published a study revealing that 5.7 million non-citizens voted in the election, and those votes propelled Obama into the White House.

One of the Democrats’ favorite scams during election season is to downplay the rampant voter fraud that occurs throughout the United States.

Constitution reports: It seems counterintuitive at first; why would any political entity with a chance at winning an election fair and square not wish to have the results of the voting completely correct and true?  If you’ve worked your hardest, and committed to an honest and thoughtful campaign, then every vote that your tireless work has mustered should be counted and opposing votes of a dubious origin should not be allowed to counteract the votes of those legally casting ballots.

Democrats, however, seem to relish in the argument that “voter fraud doesn’t exist”, even when the Republican and third-party experts insist that something fishy is going one.

Well, the truth of the matter is as devious as anything we’ve witnessed in the Democratic party, including the latest nonsense from Hillary 2016 bid:  Democrats rely on voter fraud to get elected and stay in office.  Otherwise, there would be no explanation for their desired ignorance of the issue.

Now, as we examine the many ways in which voter fraud is allowed to occur in America, one glaring concern are the votes cast by illegal aliens and undocumented citizens.  In the case of those specific voters, who vote Democrat across the board, we need to really examine what happened in 2008 when Barack Obama was elected to his first disastrous term as president.

“A research group in New Jersey has taken a fresh look at post-election polling data and concluded that the number of noncitizens voting illegally in U.S. elections is likely far greater than previous estimates.

“As many as 5.7 million noncitizens may have voted in the 2008 election, which put Barack Obama in the White House.

“The research organization Just Facts, a widely cited, independent think tank led by self-described conservatives and libertarians, revealed its number-crunching in a report on national immigration.

“Just Facts President James D. Agresti and his team looked at data from an extensive Harvard/YouGov study that every two years questions a sample size of tens of thousands of voters. Some acknowledge they are noncitizens and are thus ineligible to vote.”

The liberal media scoffed heartily at President Trump’s insistence that he may have captured both the electoral majority and popular vote majority based on similar concerns during the 2016 election, but this latest data seems to lend credence to the Commander in Chief’s claim.

As the democratic party continues to implode due to the primary-rigging scandal orchestrated by Hillary Clinton and revealed by Wikileaks, whatever attempts to rise from the ashes of the DNC will need to take a long, hard look at the left’s continued ignorance of the obvious voter fraud issues in America, lest they wish to be continually laughed out of elections during America’s current conservative awakening.