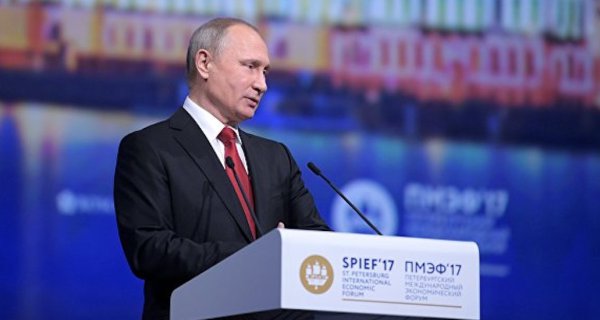 Russia has confirmed its commitment to the Paris deal.

Russian President Vladimir Putin was once again the voice of reason and calm in a sea of liberal left hysteria.

Yes the hysteria is once again tied to Trump, but adding even more freak out power to the already triggered liberal left, is Trump’s decision to pull out of the Paris Agreement and send planet earth hurdling towards its end.

The religion of climate change was dealt a serious blow yesterday through Trump’s neo-liberal heresy.

Russian President Vladimir Putin seized the opportunity to inject reason (and a little humor) into the impending doomsday scenario unleashed by Trump.

RT reports that Putin, speaking at the St. Petersburg International Economic Forum (SPIEF), said “the panic surrounding Trump’s decision has been blown way out of proportion, noting that there is still time before the agreement, which was signed in 2015, goes into effect.”

Having some fun, Putin said in English…

Putin continued in Russian, on a more serious and practical note regarding the Paris Agreement…

RT notes that the Paris accords were worked out in 2015 to replace the Kyoto Protocol on greenhouse gas emissions. Russia is one of its 195 signatories, but has yet to ratify the document.