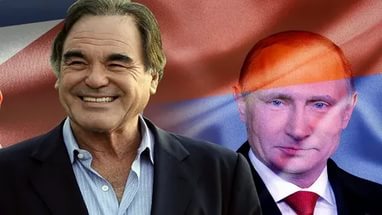 Oliver Stone asks Vladimir Putin: “What is your fate sir, do you know?”

In an exclusive video clip released by Showtime, as it promotes its four day Putin – Stone interview series, the Oscar award winning director claimed he had credible information that Vladimir Putin has survived at least five assassination attempts.

The Russian President then implied that those five assassination attempts were successfully thwarted by his security team.

Recalling a Russian proverb, the Russian President told Oliver Stone that, “those who are destined to be hanged are not going to drown.”

Stone asks: “What is your fate sir, do you know?”