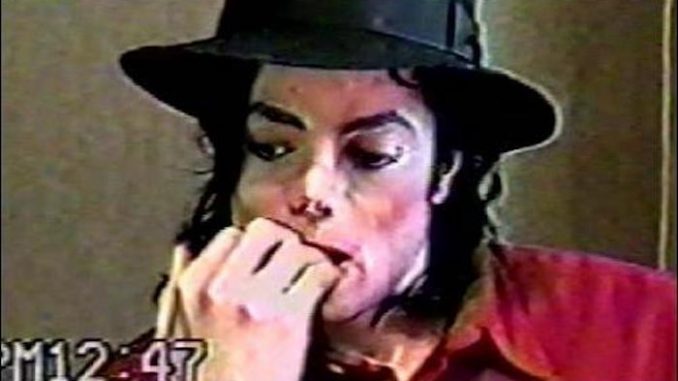 Michael Jackson’s final weeks were spent living in fear the music industry Illuminati were going to kill him, according to notes handwritten by the King of Pop.

The intimate notes are among a collection of letters inherited by German businessman Michael Jacobshagen, who was a close friend of Jackson’s for over twenty years.

“They are trying to murder me,” Michael Jackson wrote in a note just one week before his untimely death. In another note, Jackson explained “the system wants to kill me for my catalogue.”

In an upcoming interview with broadcaster Daphne Barak, Michael Jacobshagen will tell how Michael Jackson called him from Las Vegas in 2009 and tearfully asked his friend to join him.

After flying to the United States, Jacobshagen was given the collection of notes. It is unclear who they were originally intended for, but the content of the notes is clear, and they point the finger of blame for Michael Jackson’s death squarely at the music industry Illuminati.

Michael Jackson knew they were out to get him and his days were numbered. His cries for help were ignored. He could only pass messages to friends in the hope that one day the truth would be made known.

While the official cause of Michael Jackson’s death was an overdose of the sedative propofol, and his doctor Conrad Murray was sent to jail for involuntary manslaughter, Jackson’s family claim the superstar was silenced and murdered by the elite.

Paris Jackson, Michael’s daughter, is the latest insider to come forward with information regarding foul play.

In an interview with Rolling Stone Magazine, the 18-year-old daughter of Michael Jackson claimed her father knew that a group “more powerful than the government” was planning to kill him – and that he was eventually murdered in a “setup”.

“He would drop hints about people being out to get him. And at some point he was like, ‘They’re gonna kill me one day’,” Paris said.

Paris is pointing the finger at the Illuminati, popularly believed to be controlling the music industry and much of Hollywood.

“It’s obvious. All arrows point to that. It sounds like a total conspiracy theory and it sounds like bulls***, but all real fans and everybody in the family knows it. It was a setup. It was bulls***.”

Paris was 11 when her father died from cardiac arrest in 2009 caused by a lethal combination of prescription drugs.

Paris blames Dr. Conrad Murray for her father’s death but claims he was a pawn used by the sinister organization behind the plot on her father’s life – and she says she has proof.

“I definitely do, but it’s a chess game. And I am trying to play the chess game the right way.

And that’s all I can say about that right now,” she said.