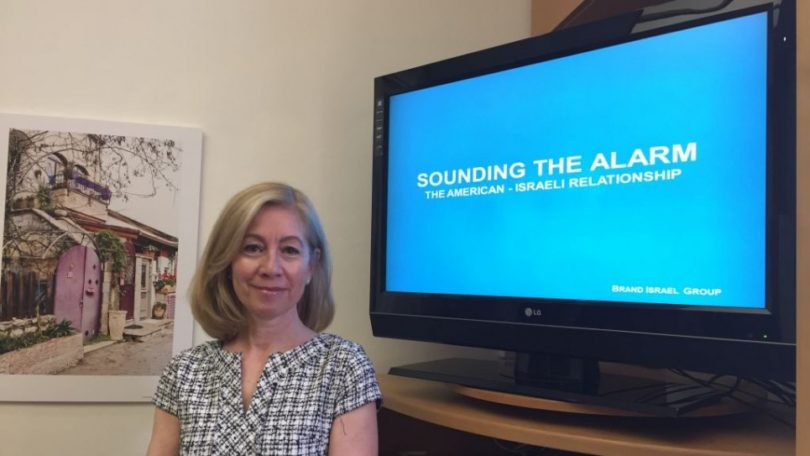 The news out of Israel is that a survey by an American Zionist group says that Israeli PR (or hasbara) isn’t working, and the more Americans learn about Israel, the less favorably they feel about the country. The Times of Israel describes the data as devastating: “‘Devastating’ survey shows huge loss of Israel support among Jewish college students.”

The study is titled, “Sounding the Alarm: The American-Israeli Relationship.” Fern Oppenheim, head of the Brand Israel Group, which produced the survey, “repeatedly used the word ‘devastating’ — each time without hyperbole.” From the Times of Israel:

The study says that Americans have learned a lot more about Israel since 2010, but that knowledge has fostered the country’s unfavorable reputation, and fed the “delegitimization” campaign, because Americans increasingly feel that Israel does not share their values.

(This is exactly what Adam Horowitz wrote in a joke post of April 1 last year: “Birthright ends trips to Israel — ‘American Jews are better off imagining Israel than seeing it'”.)

Oppenheim was further quoted by the Times of Israel, from an appearance in Israel:

The Institute for Middle East Understanding seized on the study to say that efforts to educate Americans are working. Margaret DeReus wrote in a widely-distributed email today:

The marvel is that these changes are not reflected in our political establishment or our media. Even Bernie Sanders, the leftmost figure in the Democratic Party, forswears boycotting Israel and is muted in his criticisms of the country. This is why I insist the problem is the Israel lobby, the extent to which the media and political elites are dominated by Israel supporters. A Time Warner executive writes speeches for Netanyahu and nobody gives a hoot.

In an indication of the disconnect between ordinary Americans and the political leaders, Grant Smith at antiwar.com reports that Americans don’t identify as Zionists: