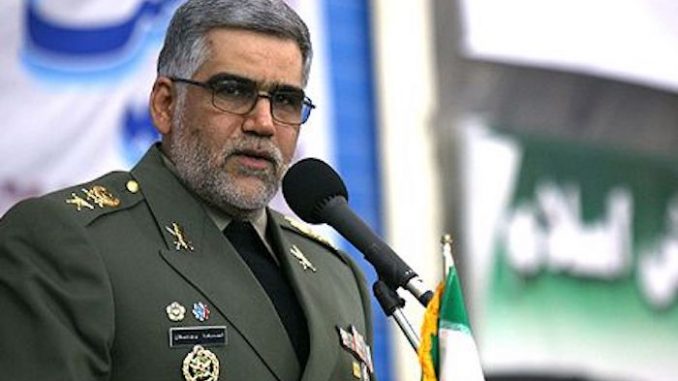 The Iranian Deputy Chief of Staff announced on Sunday that the country is in possession of crucial evidence and documents that prove Washington is in cahoots with the terrorist organization.

Farsnews.com reports: “We are facing a proxy warfare in the region as a new trick by the arrogant powers against the Islamic Republic,” Izadi said on Sunday.

“As the Supreme Leader of the Islamic Revolution (Ayatollah Seyed Ali Khamenei) said, we possess documents and information showing the direct supports by the US imperialism for this highly disgusting stream (the ISIL) in the region which has destroyed the Islamic countries and created a wave of massacres and clashes,” he added.

In relevant remarks on Friday, Iranian Parliament Speaker Ali Larijani condemned the Wednesday terrorist attacks in Tehran, and said that Washington is behind most of the terrorist acts in the world.

“The United States has aligned itself with the ISIL in the region,” Larijani said on Friday, addressing a funeral ceremony held for the victims of ISIL’s Wednesday terrorist attacks on the Iranian parliament and the holy shrine of late Imam Khomeini in Tehran.

He reiterated that Washington has demonstrated that it is the international ISIL.

A similar attack took place at the holy shrine of the late founder of the Islamic Republic, Imam Khomeini, parallel with the parliament attack.

17 people, including the parliament’s guards, were killed and 52 others were wounded in the twin attacks.

The ISIL claimed the responsibility for both attacks.