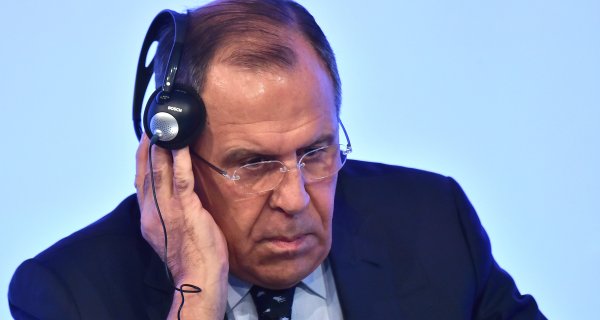 Facing a diplomatic attack orchestrated by Saudi Arabia the foreign minister of the isolated Gulf Oil State of Qatar telephones Lavrov in a desperate bid for external support.

Facing an orchestrated attempt by various Arab countries led by Saudi Arabia to isolate it, the Kingdom of Qatar has looked for help to Russia.

The parties paid special attention to the rising tensions between Qatar and some other Arab countries,” the statement reads.

The Russians are unlikely to intervene overtly in this inter-Arab quarrel.  They have been working hard recently to build good relations with Saudi Arabia, whose de facto leader Deputy Crown Prince Mohammed bin Salman recently met Putin in Moscow, and which has considering investment in Russia’s Arctic oil resources.

However the highlighted words show clearly that the Russians disapprove of what the Saudis have done.  Obviously there cannot be “a dialogue based on mutual respect” when all communications have been severed.

In order not to annoy the Saudis the Russians will not take any immediate action to help Qatar.  However the Qataris will appreciate Lavrov’s comments, and once the hysteria dies down it is likely the Russians will put in a few quiet words with the Saudis on the need to back off and to give Qatar, which despite its diminutive size is a force to be reckoned with in the Arab world, a break.