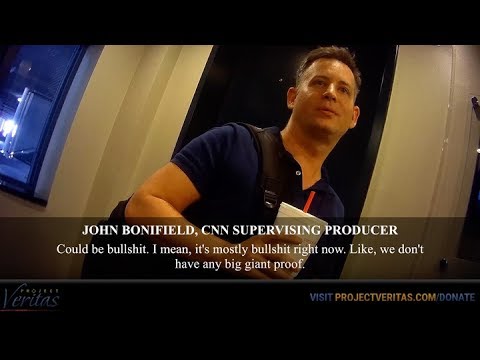 He said that it was purely a manipulative stunt for higher ratings.

Undercover journalist James O’Keeff from Project Veritas has recorded senior CNN producer John Bonifield who admitted that the Russagate ‘scandal’ is “bullshit” and that furthermore it was merely concocted to increase ratings for CNN. According to Bonifield the plan has worked.

The CNN producer even compared the actions of CNN to that of the CIA saying that both CNN and the CIA are trying to “manipulate governments”.

Now watch the clip where Bonifield spills the beans on the fake news Russiagate fiasco.