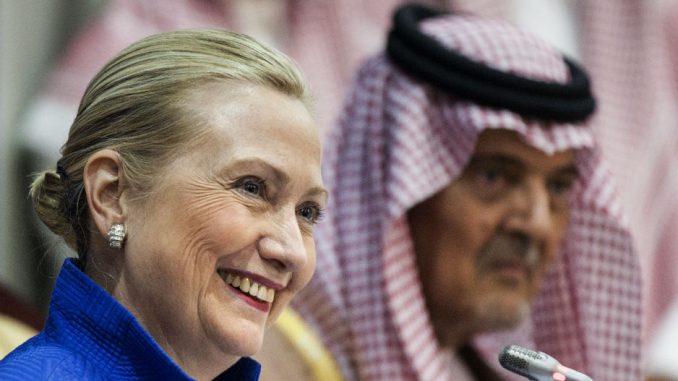 The Clinton Foundation has been forced to admit that they took $1 million dollars from Qatar and hid it from the State Department.

According to an email from Hillary’s campaign chairman John Podesta published by WikiLeaks, officials from the government of Qatar gave Bill and Hillary $1 million to celebrate Bill Clinton’s 65th birthday.

Dailywire.com reports: That would seemingly violate an ethics agreement Hillary Clinton signed when she became Secretary of State in 2009, in which she promised the foundation would notify the State Department’s ethics official if a new foreign government wanted to donate or “increase materially” its contributions.

The State Department told Reuters it had no record of the Qatar donation.

In 2016, the Foundation admitted that the Clinton Health Access Initiative had not published a list of its donors since 2010, although Hillary Clinton had promised she would offer an annual list.

As Reuters noted, Clinton Foundation officials acknowledged they sometimes evaded the agreement with the Obama administration, but blamed oversights. At least eight other countries in addition to Qatar gave new or increased funding to the foundation, most often for the Clinton Health Access Initiative.