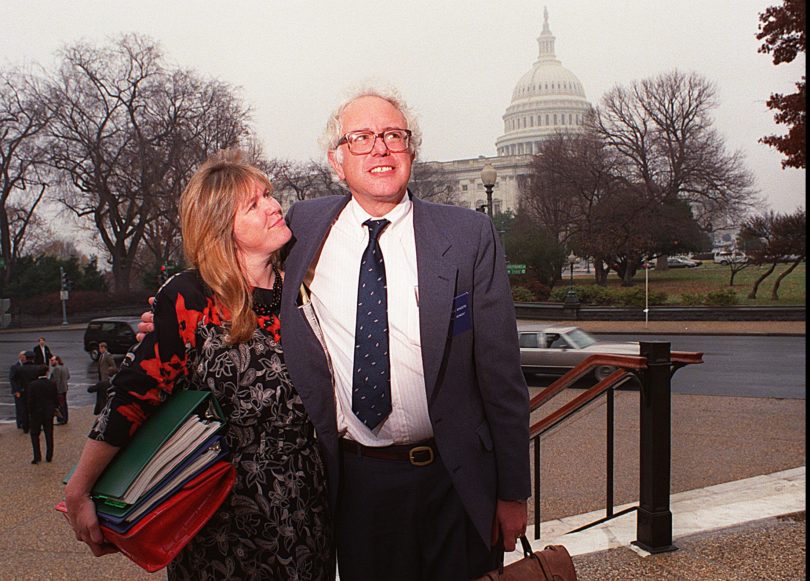 Sen. Bernie Sanders, I-Vt., and his wife, Jane Sanders have hired prominent defense attorneys amid an FBI investigation into a loan Jane Sanders obtained to expand Burlington College while she was its president, CBS News confirms.

Politico Magazine first reported the Sanders had hired lawyers to defend them in the probe. Sanders’ top adviser Jeff Weaver told CBS News the couple has sought legal protection over federal agents’ allegations from a January 2016 complaint accusing then-President of Burlington College, Ms. Sanders, of distorting donor levels in a 2010 loan application for $10 million from People’s United Bank to purchase 33 acres of land for the institution.

According to Politico, prosecutors might also be looking into allegations that Sen. Sanders’ office inappropriately urged the bank to approve the loan.

Ms. Sanders’ push for the liberal arts college’s costly land acquisition was cited in a press release by the college when it shut down in 2016.

Brady Toensing of Burlington, the man responsible for the claims filed to the U.S. attorney for Vermont, was a chairman for the Trump campaign in his state.

“I filed a request for an investigation in January 2016 and an investigation appears to have been started right away,” he said in an email to CBS News. “It was started under President Obama, his Attorney General, and his U.S. Attorney, all of whom are Democrats.”

“My only hope is for a fair, impartial, and thorough investigation,” Toensing added.

Weaver told CBS News that Toensing’s claim that Sen. Sanders used his influence to lobby for the loan is a “political charge” that is “baseless” and “false.”

And as for the claim that Ms. Sanders manipulated the loan application, Weaver  said, “The loan was approved by the financial board at the college.”

Sen. Sanders, formerly mayor of Burlington, Vermont’s largest city, regards the claims as a political game levied against him after his run for president in the 2016 primary election, a platform which has transformed the small-state senator into an influential voice in American liberal politics.