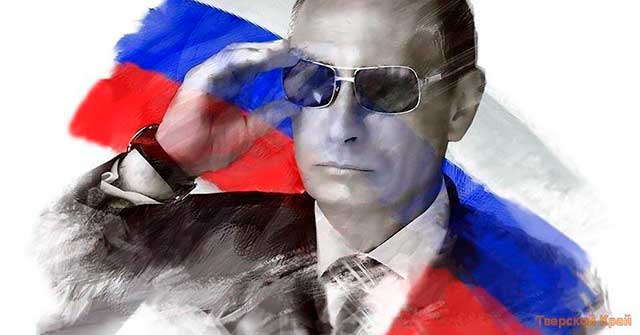 All we are saying is give being a Putin Agent a chance!

1. Be A Free Global Thinker

If you believe that the world is bigger than your country and that politics everywhere matters then you might be a top secret, covert, under-cover Putin agent.

If you find yourself trusting historic fact, common sense and factual reportage over the opinions of experts who received their positions from elitist western circles that tend to collectively spit on the subject matter the so-called experts discuss, you might also be a fully accredited KGB style Putin agent.

The western mainstream media have for decades monopolised the discussion by offering no counterpoints to their narrative. Just because someone says something is true, doesn’t make it so, no matter how much CNN spends on their suit and tie. Alt-media can lie too, that’s why you should question that also.

The truth can come from all sorts of places, ordinary people as much as those in a bland ivory tower. If you seek the truth rather than a good story, you’re part of the ‘club’.

If you believe that nations should have the right to exist on their own terms without any unwanted interference and if you furthermore believe that ideological value judgements are not a way to conduct any kind of international relations, then you are very close to being a Colonel in the Putin Agent Army.

There are more opinions on this planet than there are people. People agree on somethings and disagree on others–this is NORMAL! To shut people up because they have a different opinion is pathetic, it is what losers like Emmanuel Macron do.

By all means be passionate, be powerful in your arguments and be creative in your rhetoric, but remember, the people who comment on social media are generally the true believers.

You can’t win an argument with those who refuse to change their beliefs. The people whose eyes you will open will not necessarily comment nor even acknowledge you, they are the silent majority, they are the audience.

This is true of every aspect of the media, arts or sport whether it be in music, football, painting or boxing. The real fans cheer among themselves, but they don’t usually ram their feelings down your throat nor anyone else’s. If they do they are called hooligans and that’s what many people on social media are.

Furthermore, if you go to sleep at night thinking that the ‘world needs you: newsflash, it doesn’t. Consider yourself lucky if anyone in the world still WANTS you and dream about pleasant things like fishing, drinking a nice glass of whatever, or having a pleasant night out. Don’t worship idols…least of all the one in the mirror.

If you can do this, you will be a deeply successful, subversive and infiltrating Putin Agent.

5. Have A Sense of Humour

One area where media outlets like RT, Sputnik and The Duran differ from mainstream media is that they are not afraid to show a sense of humour. Most good actors will tell you that it is far more difficult to laugh and be convincing on stage or screen than it is to cry. When people laugh it is because they are expressing a sincere emotion.

Now go out there and get cracking!