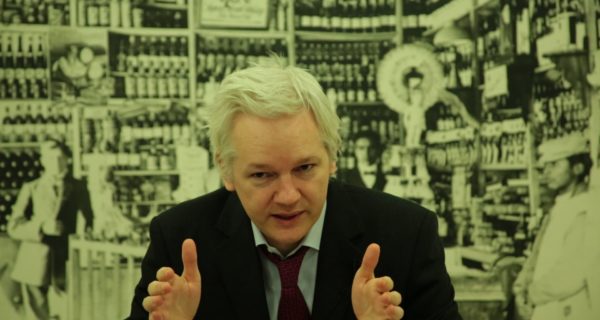 The Wikileaks founder warned the world to update its digital security systems. He was ignored and this is the result.

A widespread computer virus attack known as ‘WannaCry’ has been compromising computers with obsolete operating systems across the world. This should be the opening sentence of just about every article on this subject, but unfortunately it is not.

The virus does not attack modern computer operating systems, it is designed to attack the Windows XP operating system that is so old, it was likely used in offices in the World Trade Center prior to September 11 2001, when the buildings collapsed. Windows XP was first released on 25 August, 2001.

A child born on the release date of Windows XP is now on the verge of his or her 17th birthday. Feeling old yet?

The fact of the matter is that governments and businesses around the world should not only feel old, they should feel humiliated and disgraced.

With the amount of money governments tax individuals and private entities, it is beyond belief that government organisations ranging from some computers in the Russian Interior Ministry to virtually all computers in Britain’s National Health Service, should be using an operating system so obsolete that its manufacturer, Microsoft, no longer supports it and hasn’t done for some time.

Perhaps in order to save money, governments should also use prop-planes from the 1940s to conduct recon missions?

The scathing reality of this attack is that Julian Assange warned both private and public sectors to be on guard against known vulnerabilities in such systems, vulnerabilities Wikileaks helped to expose. Assange even offered to help companies to get their digital security up to date.

The fact that Assange’s plea fell on deaf ears must bring further shame to all those impacted by the ‘WannaCry’ attacks who refused to listen to Assange and get with the times.

As it is, the technology used in the hacking/malware incident was created by America’s National Security Agency (NSA).

World famous whistle-blower Edward Snowden had something to say about that,

If NSA builds a weapon to attack Windows XP—which Microsoft refuses to patches—and it falls into enemy hands, should NSA write a patch? https://t.co/TUTtmc2aU9

The fact is that, if only governments and mega-corporations took precautions to ensure actual safety measures were in place, rather than engaging in bogus fear-mongering in order to conceal their own incompetence and lack of modern technology, the people that such bodies are supposed to protect would be safe rather than misled and exposed to threats.

The blame for today’s attack can and should be equally shared by the hackers themselves and by those who patently ignored the warnings of Julian Assange, who advised the wider world to get clever, get secure and get modern upon the release of Vault 7 by Wikileaks.

When there is a wolf at your door, it is unwise to blame the person pointing out the presence of the hungry wolf. Those who attack Julian Assange for pointing out the wolf of un-secured computer systems are doing just that.

In real democracies, people would be brought before tribunals to justify their supreme dereliction of duty. In the apathetic corporatist liberal west, the story will be swept under the rug.