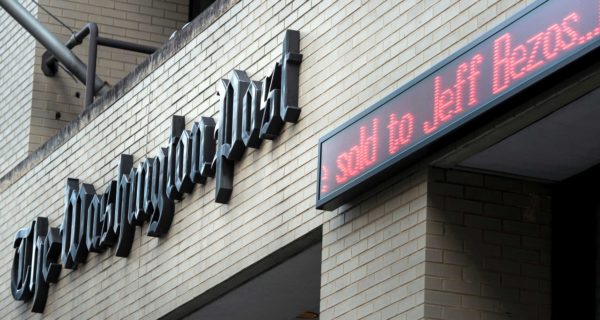 The Washington Post’s publication of sensitive information may have done actual harm to a US allied agent.

States who are publicly opposed to ISIS, often share intelligence on highly confidential matters. It happens between Britain and France, America and Germany, Russia and Syria, China and Russia.

The fact that no one in America has officially declared Russia an enemy state and that Donald Trump has very publicly stated that he would like Russia to be a partner in the fight against ISIS, means that Donald Trump was acting as any leader would do in sharing information with a partner or possible partner.

The fact that many in Congress do not feel Russia is a potential partner is in this specific instance a legal non-issue. I could and indeed have equally complained that the US sharing any intelligence or military know-how with the war criminal regime in Ukraine is against the interests of the US. But this is an individual opinion, not US policy.

Officially Russia is not an enemy state and as President, Donald Trump had every right to privately share intelligence with a potential partner.

To put things in an even more poignant perspective, the US shares intelligence with Saudi Arabia, Turkey and Qatar, states which are openly supporting violent jihadist groups in Syria. Few if any in the mainstream media have questioned whether this is in the interests of a US population frightened of jihadist attacks.

The fact that a portion of the content from the private meeting between Donald Trump and Russian Foreign Minister Sergey Lavrov was disclosed by the Washington Post means that any liability of any kind arising from such an unauthorised disclosure lies exclusively with the Washington Post.

The content of the meeting leaked to the Washington Post was originally published on the 15th of May. Authorship is credited to Greg Miller and Greg Jaffe.

The pertinent disclosures of the content discussed at Mr. Trump and Mr. Lavrov’s private meeting is as follows,

ABC news later revealed that the source of the intelligence partner whose information Donald Trump discussed with Sergey Lavrov which was later leaked by the Washington Post, derived from Israeli intelligence.

The disclosure was described by left-wing Israeli media outlet Haaretz in the following way,

While ABC and most of the mainstream media oddly blames this on Donald Trump, such accusations simply have no relationship to logic. If intelligence information shared in private between two responsible states was always leaked by the media, whether fully or partially, intelligence would become effectively useless.

The lives of those gathering this intelligence would be put in danger and the entire process of covertly collecting information would be inexplicably changed.

To make matters even more curious, this would be the first revelation that Israel has a mole embedded with ISIS. This is assuming such an individual is still alive.

However, Israel has been accused by many of giving covert aid to ISIS and other jihadist groups. Many if not most of these stories are difficult to fully verify. However, it is a known fact that Israel like the United States, has been on the same side as jihadists who seek to violently overthrow the legitimate Syrian government.

Israel does not hide this. Israel’s frequent bombings of Syrian territory, Syrian targets and Syrian allies in Syria and Lebanon are testament to this fact.

Because of this, there is a distinct possibility that an Israeli agent embedded within ISIS controlled territory in Syria could be working as much if not more in the service of undermining Syria as in the service of anything else.

No matter the nature of the Israeli agent in question, the fact is that the Washington Post’s irresponsible publishing of content from a private conversation between the American President and Russian Foreign Minister has endangered the life of an individual working for a long term US ally.

This is the real scandal.