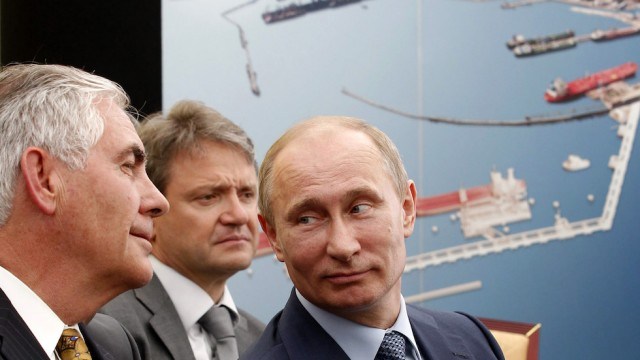 Maybe this all part of the Putin master plan.

Have Trump maintain sanctions on Russia to fool the liberal left into thinking US President Trump is not a Kremlin stooge, when in fact he is, and then when the Russiagate hysteria dies down, Russia can make it’s move and take over the United States.

Or maybe the entire Russiagate is just one big fake news fairytale concocted by Hillary Clinton and her cronies to explain away her loser campaign and pathetic political career.

For now we have this news from Bloomberg…President Donald Trump will maintain Obama-era sanctions against Russia over its role in the Ukraine conflict [they must mean the US Victoria Nuland coup] and may even strengthen them, his top economic adviser said.

“We’re not lowering our sanctions on Russia,” White House National Economic Council director Gary Cohn told reporters Friday in Taormina, Sicily. “If anything, we would probably look to get tougher on Russia.”