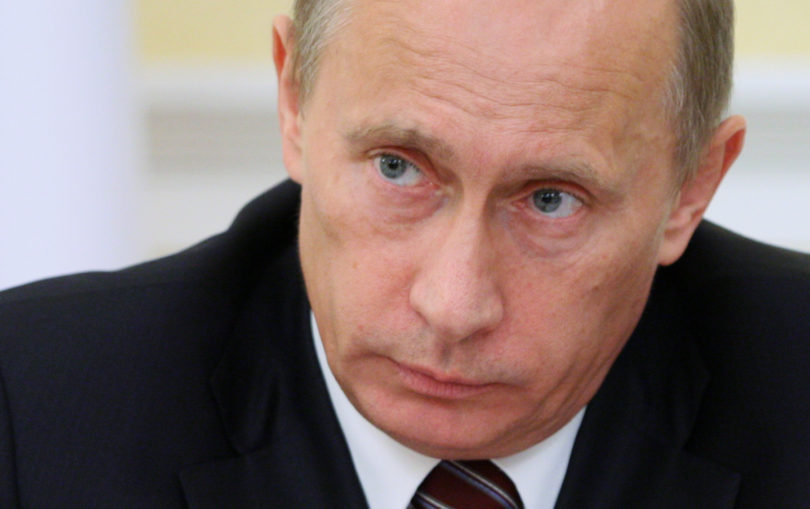 As European nations mourn their dead and prepare for the next wave of “imminent” terror attacks, President Putin warns that the New World Order are in the final stages of their “70 year masterplan for Europe“, and the process will only speed up from here.

“The New World Order put hornet nests in your countries,” Putin told a Kremlin tour group. “And now they are poking them.”

With France in a state of emergency, the United Kingdom under martial law with thousands of troops patrolling the streets, and Germany and Sweden suffering migrant-related breakdowns of law and order, it is hard to argue with Putin.

The New World Order’s plan to fill Western nations with radical Islamic immigrants – against the will of the citizens of these countries – and then unleash hell on earth by “poking them“, has been achieved.

Putin believes that rejecting the open border policies forced on European nations must be rejected if the continent is to have any chance of a peaceful future.

“My European brothers and sisters must reject the globalist open border policies being pushed onto them by the elite.”

There is no place for sovereign nations in the globalists’ vision of the future, according to Putin. And the Russian president pointed the finger of blame directly at the Rothschilds and their cabal of international elites.

“The Rothschild-cabal have infiltrated your government, your media, your banking institutions. They are no longer content with committing atrocities in the Middle East, they are now doing it on their own soil, desperate to complete the plan for a one world government, world army, complete with a world central bank.

“They think they can do this by terrorising you into submission. Scaring you into accepting whatever new laws they will put in place to protect you.”

Putin issued a call to arms, urging Europeans to reject the siren call of the globalists and their death cult.

“They [Europeans] must rise up against their masters, who have long since stopped serving the people, and demand their voices are heard.

“The governments of the west are no longer hiding their true intentions. You can see the horror that lies beneath their mask. Keep your eyes on them. Don’t fall for their tricks.

“Russia will not stand by and allow its European cousins to be slaughtered and dehumanised like this. The battle is over. The war has begun. Truth and justice will prevail.“

3 thoughts on “Putin: New World Order Are In Final Stages Of Their European Masterplan”