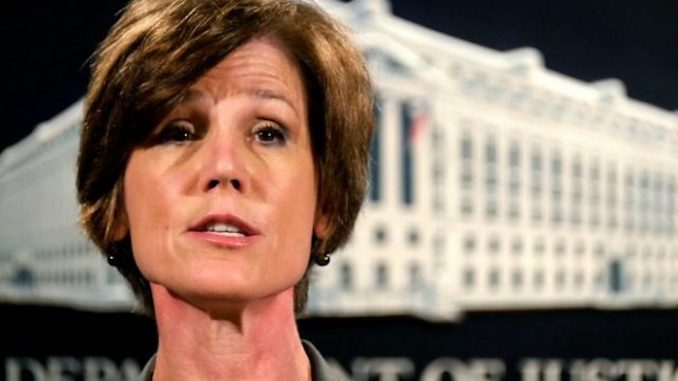 President Trump has accused Hillary loyalist, Sally Yates, of being the leaker of classified information to the liberal media.

Fox News reported on Monday that the Obama appointee and former acting Attorney General was invited by the Senate to testify against Trump in regards to Russia meddling in the 2016 US election:

Former acting Attorney General Sally Yates, who warned the Trump administration about contacts between one of its key advisers and Russia, will testify Monday before a Senate Judiciary subcommittee investigating Russian interference in the 2016 presidential election.

It is the first time Yates will get a chance to speak publicly about the concerns she raised. The hearing is expected to fill in key details in the chain of events that led to President Trump’s former national security adviser Michael Flynn’s resignation.

What Fox News did not report is that Yates was referred to in an email released by WikiLeaks before the election as one of four known loyalists of candidate Hillary Clinton. 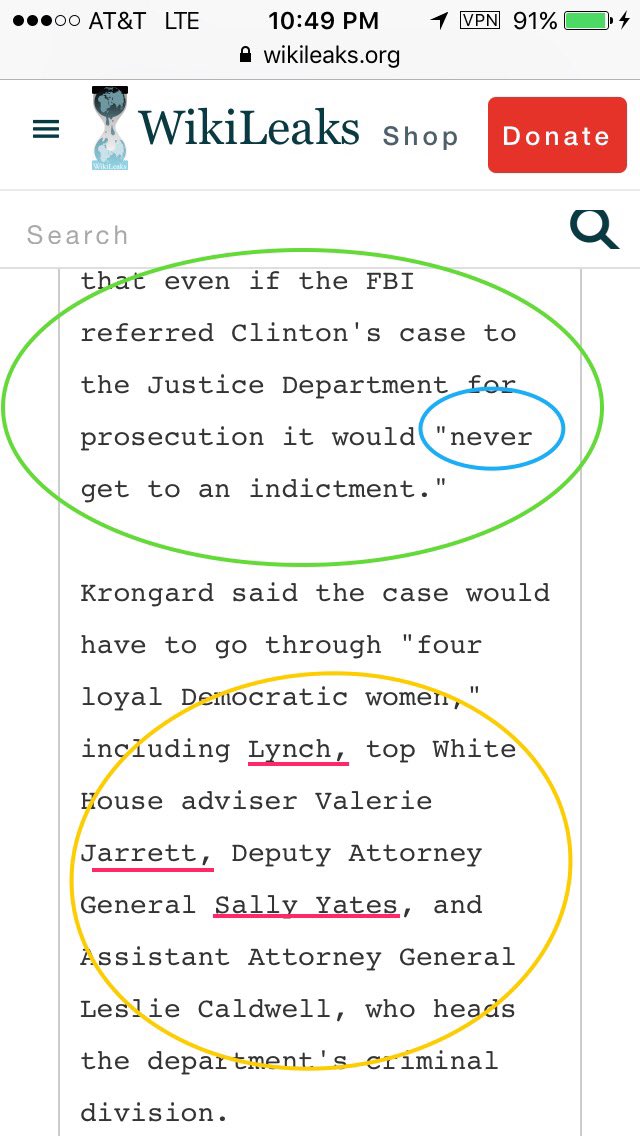 On Monday President Trump alleged Yates was the leaker of classified information to the liberal media!

Trump urged lawmakers to ask Yates about her leaks to the press!

Let’s see if any of the Republicans will listen to their president!