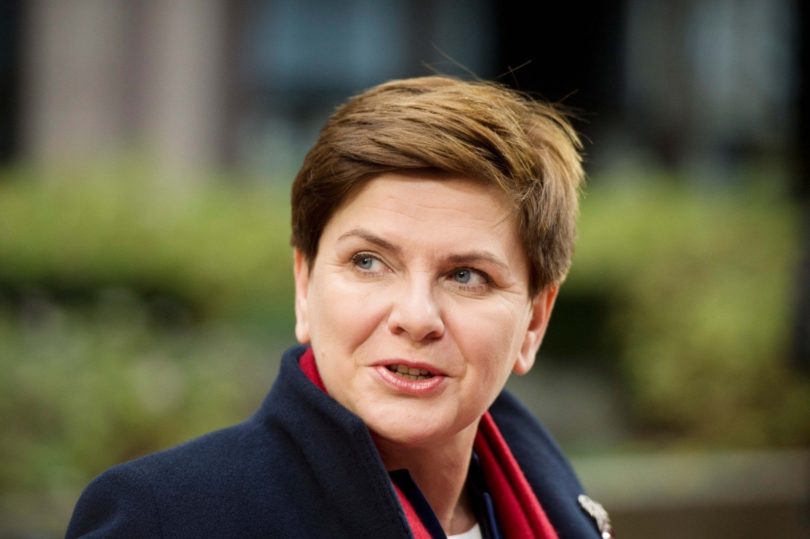 Poland’s conservative prime minister Beata Szydło hit back with strong words on Wednesday in response to European Union threats to force her country to accept migrants or face massive fines.

‘’Poland will not submit to any blackmail on the part of the European Union’’, Szydło stated during a parliamentary debate, adding that her nation would not endorse “globalism” or adhere to the ideals of the New World Order.

According to Szydlo, the ‘’madness of the Brussels elites’’ must be resisted at all costs. The fate of Europe’s children is at stake.

Referencing the radical Islamic terrorist attack which killed 22, mainly children, and injured dozens more at an Ariana Grande concert in Manchester this week, the Christian prime minister said she had the courage to call out the EU’s political elites on their ‘’folly’’.

Two Polish citizens were among those killed in Monday night’s attack in Manchester.

‘’Where are you going, Europe? Get up off your knees. Get out of your lethargy. Otherwise you will be crying every day for your children’’, she warned, stating that Poland has no intention of accepting Brussels-imposed migrants.

Szydło also accused liberals in Poland of supporting globalist EU migrant policy, and in doing so ‘’going hand in hand with those who point a gun at Europe, at us all.’’

Poland has watched as neighboring Germany has been swamped by millions of recent migrants, and Prime Minister Szydlo is determined to avoid the problems that the ideology of multiculturalism has caused in Germany and other parts of Europe.

Mariusz Blaszczak, the interior minister, stuck by the Prime Minister’s position on Wednesday despite the European Union threatening legal action and heavy financial penalties against Poland for refusing to toe the immigrant line.

Stating that accepting migrants would “certainly be worse for Poland” than facing EU punishment, Blaszczak told state radio that the “security of Poland and of the Poles” was at stake, drawing a link between mass migration and terror attacks in Europe.

The EU has warned Poland that they have until June to open their borders and start accepting refugees – or face harsh financial sanctions.

Dimitris Avramopoulos, the Brussels-based European Commissioner for migration said: “I call on Poland and Hungary who have not relocated a single person … to start doing so right now.

“If no action is taken by them before the next report in June, the Commission will not hesitate to make use of its powers under the treaties and to open infringement procedures.”

But Prime Minister Beata Szydło is remaining defiant in the face of Brussels. She believes financial punishment is better than losing national identity and subjecting her people to the problems of massive migration.

She told a press conference that Poland will not be bullied by the European Union into accepting the cult of multiculturalism, pointing out there had been no formal agreement to compulsory quotas.

The Prime Minister also said that Europeans of all nationalities are now critical of the European Union’s compulsory mass migration program.

“A critical attitude towards the mechanism of migrant relocation is becoming increasingly widespread in the European Union,” she said, according to a translation by state broadcaster Poland Radio.