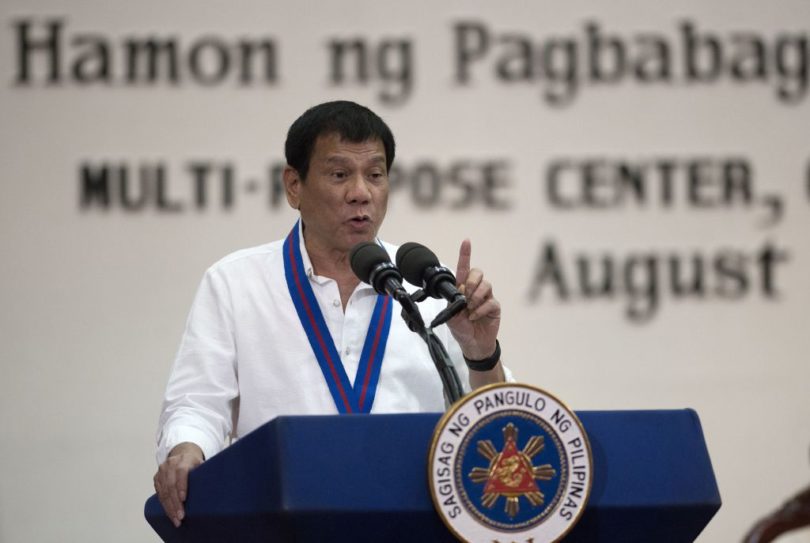 This week Philippines President Rodrigo Duterte is set to meet with President Vladimir Putin in Moscow. The meeting should be understood as part of Duterte’s efforts to take his country out of America’s geo-political and economic orbit and engage in countries that constitute the other end of the multi-polar world.

Duterte has all ready engaged in an historic rapprochement with China, something which looks set to calm tensions over territorial disputes in the South China Sea.

Last year, Duterte welcomed a Russian Navy group to Philippines to engage in a friendly military demonstration. At the event Duterte spoke of his desire to foster closer and better relations with the Russian Federation.

Now, on the eve of talks with President Putin, Duterte told Russian reporters that he seeks to break from a traditional over-dependence on America.

Duterte had famously poor relations with Barack Obama. He infamously called the former American President the “son of a whore”. By contrast, he has had only warm words for Donald Trump who he is set to meet later this year.

Duterte explained his current position on the US vis-a-vis Russia and China, saying,

While many in the west mock Duterte’s forthright rhetoric, he may hold the key to better relations between a Russia which he is cultivating and an American President who he admires in spite of his previous anti-American statements.