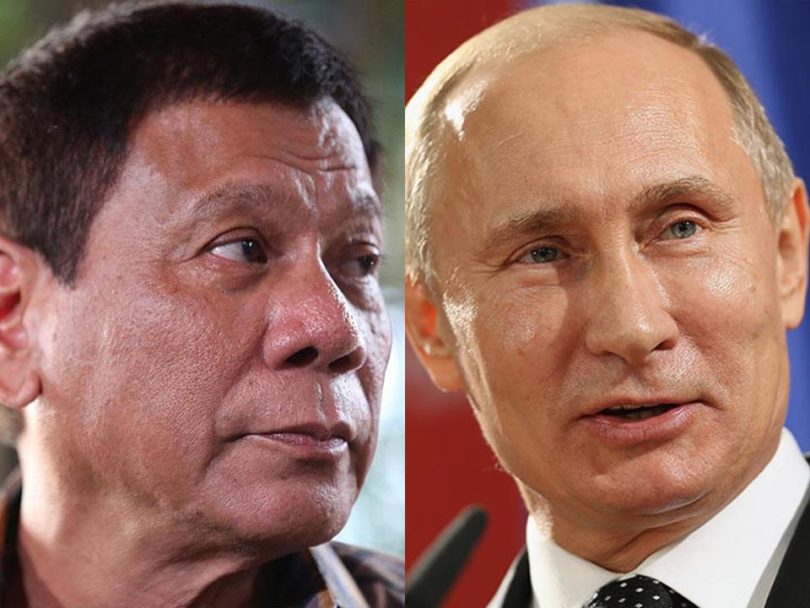 The leaders opened the door for deepening future relations.

Although Philippines President Rodrigo Duterte had to cut show his visit to Moscow due to a large ISIS attack of conquest in southern Philippines, Duterte still managed to have a friendly and productive meeting with Vladimir Putin and Sergey Lavrov.

Duterte spoke warmly of his Russian hosts who called Russia a “reliable partner”, a clear swipe at America and its traditionally domineering post-colonial/neo-colonial relationship with Philippines.

Duterte greeted President Putin who he had previously called a “hero” by saying,

Putin told Duterte that cooperation, including in the military and technological fields is entirely possible. Putin also wished Duterte well in his fight against ISIS, saying,

Although Duterte had to cut his visit short, something Putin was sympathetic to, Duterte’s Ministers of state remained in Moscow to finalise several deals on historic bilateral relations between the two countries.

Duterte, who once called Barack Obama the “son of a whore”, was deeply respectful to his Russian counterparts. The respect was clearly mutual.