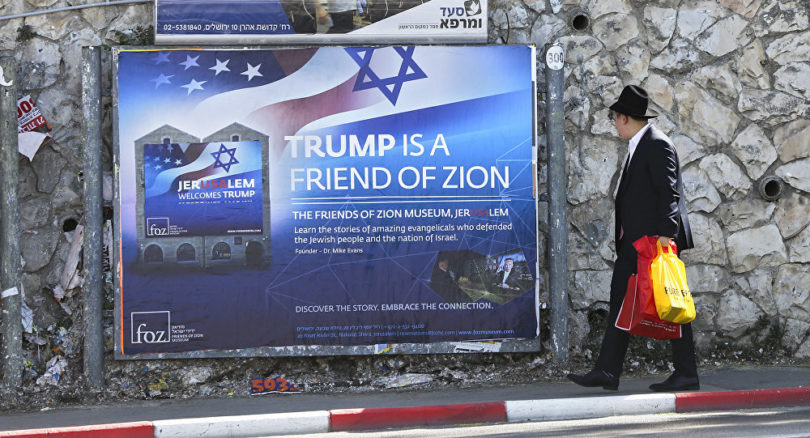 On US President Donald Trump’s first visit to Israel, offended lawmakers in Jerusalem have taken offense at a US map, accurately depicting the regions surrounding the embattled Middle Eastern state.

Circulated prior to Trump’s ongoing visit to the Middle East, a map showing the current acknowledged boundaries of the state of Israel has some lawmakers in that country up in arms, as it does not — correctly, it turns out — include occupied areas of the West Bank and the Gaza Strip that were seized during the 1967 Six-Day War.

Extreme right-wing Israeli Justice Minister Ayelet Shaked saw the US map handout and was quick to express her anger, stating, “I hope this is just ignorance and not policy,” regarding the accurate borders, cited by Ynet.news. Following her announcement, Shaked quickly reiterated her wish that Trump would make good on campaign promises favorable to Israel, including moving the US embassy to Jerusalem, and added that it is her desire “to ensure that no Palestinian state is established.”

Although it turned out that what Shaked sought was to have the US agree with the position of current Israeli Prime Minister Benjamin Netanyahu’s hardline AK party — that all seized territories, including all of the West Bank and the Golan Heights, would be considered to be Israeli territory — she is, in fact, simply wrong.

Seemingly ignorant of the current boundaries of her own country, the sitting Israeli justice minister — who once famously remarked, “Israel must slaughter all Palestinian mothers who give birth to ‘little snakes'”— nonetheless asserted her belief in the effectiveness of Trump. “This president is different and not from the classic Washington milieu,” she said. “He comes from the outside with an open mind and great love for Israel and the connection between his people and the Israeli right.”

One thought on “No breaks for Trump: Israeli lawmaker outraged by accurate map of Israel”