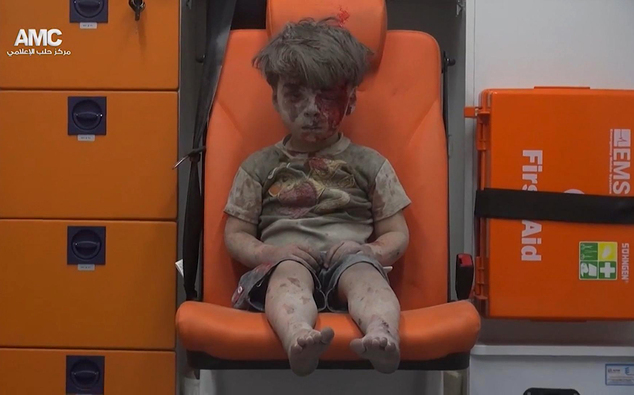 In his essential study of the ongoing crisis in Ukraine, University of Kent Professor Richard Sakwa writes that, somewhere down the road, Western media’s reductive, ideological coverage of the conflict “will undoubtedly become the subject of many an intriguing academic study.” That’s if the human race isn’t wiped out by environmental catastrophe or nuclear holocaust first—far from a sure thing, especially with the Trump regime running amok, lobbing cruise missiles and sending armadas (or not) and dropping MOABs, and all of it to quell suspicions that the president’s undersized hands might reflect a certain priapic compactness.

But while, as Sakwa says, the reportage of Ukraine’s civil war by our renowned newspapers has been abysmal and embarrassing, it doesn’t hold a candle to that of Syria, where any pretense of real journalism was done away with long ago. Syria is proof of how low mainstream Western media are prepared to sink in the service of state power; it’s where journalistic standards, like global jihadists, go to die. Rank propaganda is the order of the day. Honest observers are appalled. Stephen Kinzer wrote that “coverage of the Syrian war will be remembered as one of the most shameful episodes in the history of the American press,” while Robert Fisk described the war as “the most poorly reported conflict in the world.” Patrick Cockburn registered a similar concern, writing that “Western media has allowed itself to become a conduit for propaganda for one side in this savage conflict.” This has grave implications:

News organizations have ended up being spoon-fed by jihadis and their sympathizers who make it impossible for independent observers to visit areas they control. By regurgitating information from such tainted sources, the media gives al-Qaeda type groups every incentive to go on killing and abducting journalists in order to create and benefit from a news vacuum they can fill themselves.

So the ideology-driven Western media, in allying themselves with the armed opposition in Syria, have helped to create a situation in which it pays to kidnap and murder people who seek to report the truth. Ergo, they have violated the canons of their profession in the most egregious manner possible. And you’ll have noticed that they’re totally shameless about it. None of this gives them a moment of pause. They keep pumping out the propaganda, day in, day out, never stopping to reflect on the potential consequences. When one story falls apart, they move on to the next one. The most, or perhaps only, important thing is to manipulate public opinion so that it corresponds to government policy. Beyond that, who cares?

The list of media half-truths and outright lies in the context of Syria is endless. Take chemical weapons. Numerous incidents have been cited in the news, most of them small-time (meaning crude attacks with no casualties), all of them blamed on the government. And yet the UN has documented numerous cases in which terrorist outfits, including ISIS, used chemical weapons against civilians and Syrian soldiers. It also heard testimony from witnesses on the ground that opposition fighters were staging chemical attacks with the goal of framing the Syrian military. And contrary to every major media outlet in the West, the UN did not blame Assad for the infamous sarin attack of August 2013, stating after an investigation that “surface-to-surface rockets containing the nerve agent sarin were used” by one of “the parties in the Syrian Arab Republic.” The culprit was not identified. But all of this is irrelevant. We want Assad to be responsible for every chemical incident; therefore, he is. See Trump’s Tomahawk salvo.

In any case, it’s plain to see that the White Helmets are not exactly who they purport to be. The Oscar-winning Netflix “documentary” is nothing more than a glossy advertisement, or “contrived infomercial,” as investigative journalist Rick Sterling put it. The film is shot in Turkey, not Syria, and it contains no useful information whatsoever, unless you count the fact that one of the White Helmets admits to having been a rebel fighter for a period of three months, and thus can hardly be regarded as neutral. It’s also a very boring documentary, but that’s beside the point. That such a thinly-veiled propaganda film about such a thinly-veiled propaganda organization won an Academy Award should, by rights, engender a minor scandal. But we’re living in the era of fake news, as The New York Times ironically insists.

For a good, comprehensive look at the White Helmets, see Max Blumenthal’s recent article for Alternet.

What else? There was the notorious “Caesar” hoax, in which a self-described defector from the Syrian army—a former army photographer with the codename “Caesar”—claimed to have photographic evidence that the Syrian government had tortured to death 11,000 political prisoners. As it happens, something like half of the 55,000 images depict dead and mutilated Syrian soldiers and pro-government militia. They’re war photos. Tons of dead bodies from both sides of the conflict, some of them blown apart by car bombs, others beaten and emaciated, were photographed for documentary evidence. As Rick Sterling wrote last year, “The photographs show a wide range of deceased persons, from Syrian soldiers to Syrian militia members to opposition fighters to civilians trapped in conflict zones to regular deaths in the military hospital.” Had some been tortured by Assad’s security forces? No doubt. But the story was grossly misrepresented in the Western press, leading us to believe that the 55,000 images proved the existence of a network of Nazi-style death camps run by the Syrian government. They didn’t.

Speaking of atrocity propaganda—very chic these days—the eminent BBC joined the club in 2013, throwing journalistic integrity to the wind with its broadcast of Saving Syria’s Children, a documentary that ostensibly showed the aftermath of an incendiary bomb raid. According to the report, the Syrian government used either napalm or thermite to attack schoolchildren in a remote district of Aleppo. The resulting footage, filmed in a nearby hospital, is bizarre in the extreme, with the alleged burn victims clearly taking stage directions from people off-camera. The story was dissected and ultimately exposed as a sham by journalist Robert Stuart, at which point the BBC began removing all traces of the film from YouTube, citing copyright issues. No formal retraction was ever made, to the BBC’s everlasting shame. But perhaps I shouldn’t fault them for exercising prudence. After all, if the BBC began retracting every false and/or inaccurate report on the Syrian conflict there would be very little left.

The fake news reached its acme toward the end of last year as the Syrian military, backed by Russian air support, closed in on eastern Aleppo, then occupied by al-Nusra and some other Wahhabi gangs. Fresh war crimes were being reported almost daily. The “last hospital in Aleppo” was destroyed twelve different times. Women were committing suicide en bloc to avoid being raped (source: “rebel” commander). Assad and Putin were starving and/or bombing to death 250,000 civilians. We heard that figure over and over again: a quarter of a million people trapped in the jihadist enclave. It was drilled into our heads like a religious precept. Nobody seemed to care very much when the real number turned out to be something like 100,000 (or perhaps only 40,000). Presumably the old amnesia kicked in. As they say in the psychology world, motivated forgetting: America’s go-to defense mechanism. 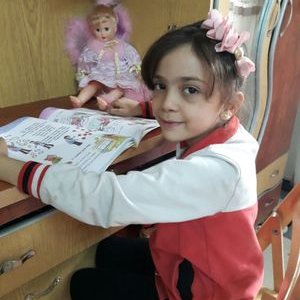 Our memory is very selective indeed. There does appear to be at least one aspect of the battle we haven’t quite forgot: Bana Alabed, aka The Face (or Voice) of Aleppo. The seven-year-old earned that moniker by narrating the city’s gradual “fall” via Twitter. It mattered not that she was being cynically exploited as an instrument of pathos by her mother, who obviously controlled the account and who evidently forgot on occasion that she was tweeting on behalf of a seven-year-old girl (at one point, in a tweet that has since been taken down, she explicitly lobbied for World War Three). Bana, or the idea of Bana, served a useful propaganda function. You see, people in the West need to be shown dead or suffering children before they can, on the one hand, apprehend how despicable war is and, on the other, support another bloody US military adventure in the name of humanitarianism. Because you’d have to be a monster to look at the child and not feel motivated to “do something.”

That’s the way it works. Hence the image of the dead three-year-old refugee who washed up on a beach, or the one of the dust-covered boy sitting in the back of an ambulance, or Trump’s talk of “beautiful babies.” Of course, the effects of the humanitarian escalation, should it come to pass, are duly sanitized. We didn’t, for instance, see any pictures of dead Iraqi children that were killed as a result of the US invasion. Nor do we keep up with the Twitter account of some seven-year-old child living under siege in Mosul, where American bombs continue to rain down on civilian sites. That would be bad for business. But Bana is good for business. So good, in fact, that she now has a book deal with Simon & Schuster. You’ve just crossed over into The Twilight Zone.