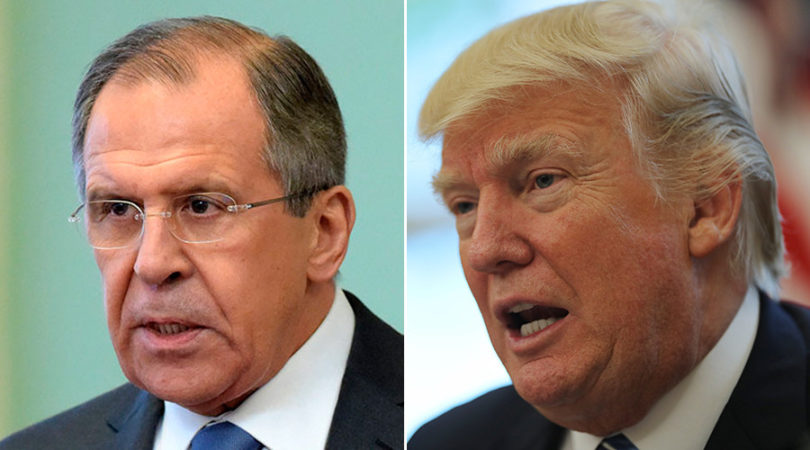 The Russian Foreign Ministry has confirmed that Foreign Minister Sergey Lavrov is set to meet with Donald Trump in Washington during his two-day trip to the US. Lavrov is also scheduled to hold talks with Secretary of State Rex Tillerson and attend the Arctic Council meeting.

When asked by RIA for a comment about the possible meeting between Lavrov and Trump, the Ministry replied “yes” confirming the earlier statement by the White House.

The closed door meeting will take place at 10:30am in the Oval Office, according to the White House. Lavrov arrived in the US late Tuesday on a two-day working visit which include talks with US Secretary of State Rex Tillerson, also scheduled for Wednesday.

The encounter will be one of the highest-level contacts between Trump and the Russian government since the Republican took office in January. Earlier, a senior US official speaking on condition of anonymity, told Reuters that the agenda of the Trump-Lavrov meeting would entail Syria as well as US-Russian relations and other global issues.

Tillerson visited Russia on April 12 and held talks with both Lavrov and President Vladimir Putin, with Trump saying the Secretary of State had done “tremendous work” in Moscow.

In late April, Putin noted that Trump had so far failed to make good on his campaign promises to seek better relations with Russia, adding that the level of trust between Moscow and Washington has even “degraded” since Obama left office.

READ MORE: Lavrov to meet Tillerson in Washington DC to talk Syria & Ukraine on May 10

However, last week, Trump and Putin spoke by phone where among other things they discussed the ongoing Syrian conflict.