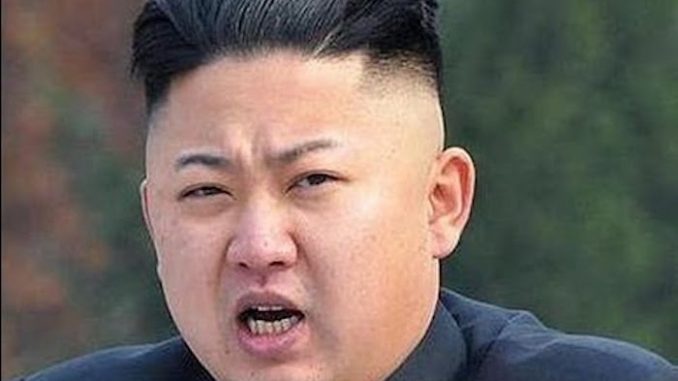 Kim Jong-un has vowed to join in the fight against the global elite, saying he sees 2017 as the year the New World Order will collapse.

The North Korean leader appears set for a face off with the globalist elite in a last minute, desperate attempt to stop the outbreak of World War III, according to the DPRK News Service.

Jong-un, who is considered a fashion icon in Pyongyang, is a remarkably peaceful, softly spoken man according to those around him.

“I want a world without nuclear weapons, without war, where nations can celebrate and respect each others differences without fear in their hearts,” he told listeners in a recent radio broadcast.

“In 2017 I will stop the New World Order from starting world war three,” Jong-un told millions of citizens.

“Other awakened leaders such as Vladimir Putin will, I hope, help me,” he continued.

“But realise this. If the US continues its aggression towards our nation, like a cornered animal we will fight with every ounce of energy we have. If we must show our willingness to fight using nuclear weapons, then this is what we will do. I will fire missiles until peace is achieved.”

North Korea has previously stated that it would be willing abjure nuclear weapons if the United States abjured them first.

“We have all seen what happens to sovereign nations who resist the New World Order and do not arm themselves with nuclear weapons. They cease to exist,” Kim Jong-un concluded.

His comments come after President Trump announced he was open to the possibility of meeting with the North Korean leader, in what appears to be the first glimmer of hope that World War 3 can be averted.