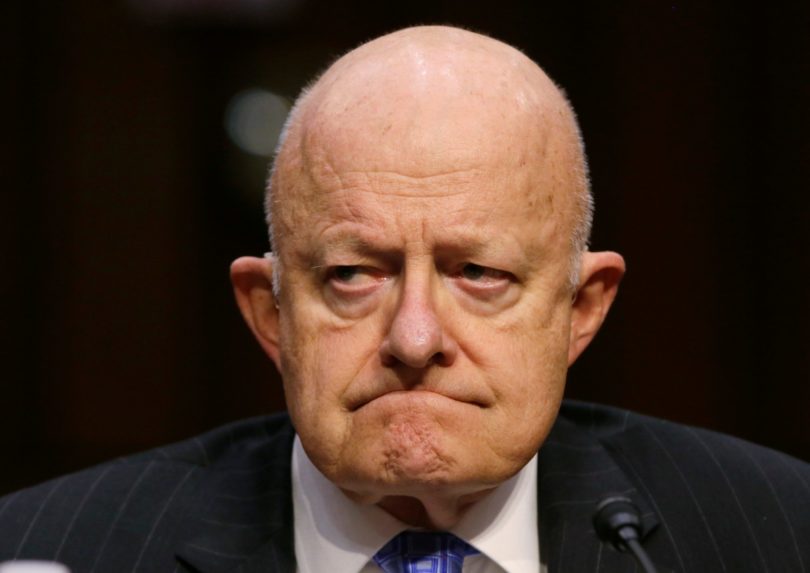 The man who committed perjury is now showing his racism towards Russian people.

In an interview with Chuck Todd from Meet the Press, James Clapper opened up about his ability to spot a Russian spy in Jared Kushner, and his belief that Russians are “genetically driven” to cause mischief and deception.

All of this is coming from the man who lied to Congress when asked if his Intelligence apparatus illegally gathers information on millions of American’s.

Edward Snowden blew apart Clapper’s testimony and exposed that the Former Director of National Intelligence had perjured himself.

Clapper’s punishment for perjury…Meet the Press appearances with Chucky Todd.

Former Director of National Intelligence James Clapper went on Meet the Press on Sunday to say that his spidey senses are strong, noting that his “dashboard warning light was clearly on” when asked about whether he knew about communications between Russians and White House senior adviser, and President Trump’s son-in-law Jared Kushner.

Clapper said during the exclusive interview…

Of course with all this smoke, Clapper can still not find any fire, but he is a bit irked that Trump broke with White House tradition…

Clapper also acknowledged that Kislyak had to be considered as part of the Russian intelligence community, and that now given the compelling lack of evidence of collusion, more sanction are appropriate to stop Russia from fantasy election interference…