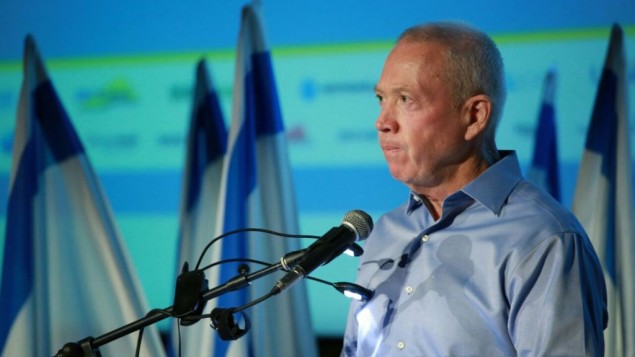 If you don’t think that Israel still wants to create World War III, then you may want to listen to what Israeli Minister and former IDF general Yoav Galant has to say. Galant has unequivocally declared:

“The reality of the situation in Syria is that they are executing people, using directed chemical attacks against them, and the latest extreme — burning their corpses, something we haven’t seen in 70 years. In my view, we are crossing a red line. And in my view, the time has come to assassinate Assad. It’s as simple as that.”[1]

Can you imagine any country in the Middle East saying this about Israel? What would happen to the leaders of that country? And what would the media in America do? Wouldn’t they beat decent Americans and much of the world over the head with that statement until they ask for regime change? And isn’t there a double standard here? Can leaders in the West seriously say that they are being honest? Where are John McCain, Lindsey Graham, and other political whores who always want to shed innocent blood in the Middle East?

You see, something doesn’t add up, and US officials need to start acting responsibly or in a manner that is congruent with the moral and political order. But things got even more interesting. The U.S. State Department has recently declared that Assad has burned—get this—at least 50 people every single day in crematorium outside Damascus! Listen to this report by the Israeli newspaper Haaretz:

You see, no one has been able to give reasoned and seasoned responses to those questions because they morally and intellectually put the Zionist ideology in a hot seat. Even if we grant the stupid idea that Assad has burned bodies alive in Syria, that really pales in comparison to what the US has done over the past fifty years or so. It is not even a contest! Let me just take one specific example, the Phoenix Program. Eminent scholar Rebecca Gordon has meticulously documented in her recent book Mainstream Torture, published by Oxford University Press:

Between 1968 and 1971, the Phoenix Program was responsible for torturing and killing more than twenty thousand people,[7] many of whom had nothing to do with terrorism. These were not isolated cases. The CIA conducted these essentially diabolical operations “on several continents.”[8]

The same people who orchestrated perpetual wars virtually all over the world and who tortured men, women and children and sent them to the slaughter house for years are now telling us that Assad is the new Hitler who ought to be assassinated.

One needn’t be an intellectual to see that this is totally immoral and therefore unacceptable. The whole world may want to believe this diabolical ideology, but as Alexander Solzhenitsyn pointed out, don’t let those lies come through you. The question is: will Donald Trump continue to believe in those lies? Will he listen to the Satanists who continue to set the world on fire for Israel?

[2] “U.S.: Syria’s Assad Has Killed Thousands of Prisoners, Burned Bodies in Crematorium Outside Damascus,” Haaretz, May 16, 2017. Many thanks to my dear friend Dr. Fredrick Toben for sending these articles to me.