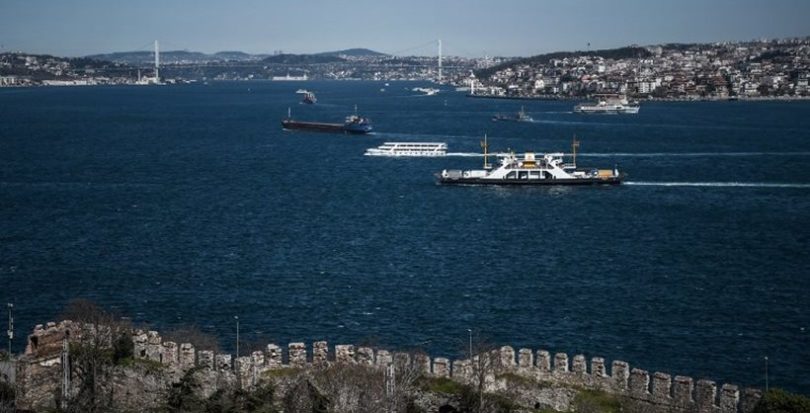 An intelligence tip on a planned attack by the Islamic State on Russian ships passing through the Bosphorus Strait in Istanbul has prompted an escort by Turkish forces, local media reported on Tuesday.
The intelligence units have received a tip lately saying the militant group was considering attacks on Russian ships with missiles and long-barrel weapons, the pro-government Aksam daily said, noting both Istanbul police and the coast guard have issued a highest-level alarm.
Russian ships passing the Bosphorus are now accompanied by two Turkish attack boats and a police helicopter, the report said.
Istanbul police have also established 146 security checkpoints in different locations along the strait that could be used for the attack, according to the report.
Soldiers were seen on Monday standing guard aboard the Russian warship named “Caesar Kunikov” during its passage from the strait.
The 30-kilometer-long Bosphorus is an important sea lane for Russian ships sailing toward the Aegean and Mediterranean Seas, and the strait’s narrowest point is around 700 meters.