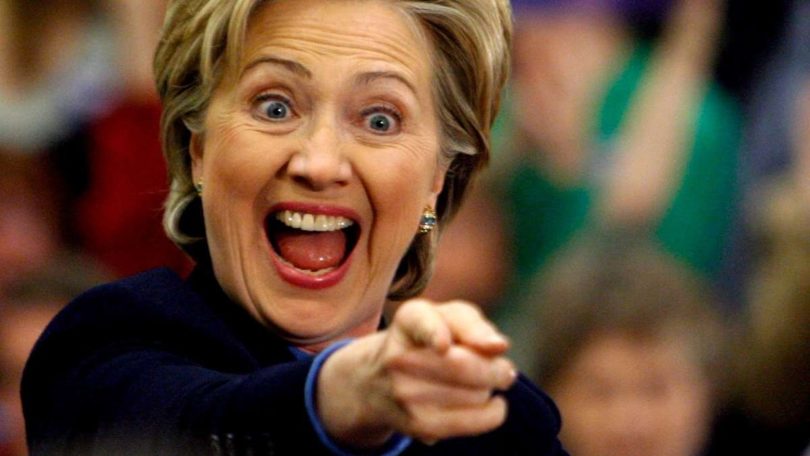 The Clinton authored war on Libya has turned a once secular anti-terrorist Libya into a failed state which is the world’s largest terrorist playground.

Hillary Clinton pushed Barack Obama into invading, occupying and ultimately destroying Libya in 2011. Even George Bush and Tony Blair publicly stated that Libya was a valuable partner in fighting and restraining al-Qaeda and ISIS style Salafist terrorists. Obama later admitted that not preparing for the consequences of a war which he was reluctant to fight, was the gravest mistake of his Presidency.

Libyan leader and political philosopher Muammar Gaddafi kept Libya not only safe but he created the highest living standards per-capita in African history. The government made sure that no one was without a home, literacy became among the highest in the world–higher than  the US, private car ownership were subsidised, education and health care was free, there was zero unemployment, black men and Arab men lived in peace and Gaddafi’s ‘man made river’ literally brought life to the desert in a country with no starvation and cheap food.

Today, the post-Hillary Clinton failed state of Libya is home to several civil wars, including a civil war between the two main powers vying for legitimacy. This is to say nothing of the fact the Libya is the de-facto destination for ISIS and al-Qaeda fighters driven out of Syria and Iraq, countries which still have governments and in the case of Syria, a strong, secular government.

Libya is now a terrorist training camp built on top of an infrastructural and political wasteland. Genocide against black Africans has been a virtually non-reported disaster ever since the 2011 NATO war which Hillary Clinton spearheaded.

It now turns out that the UK born Libyan man responsible for killing 22 people, including children and injuring over 120 in the British city of Manchester, had been in Libya training with terrorists just days before peacefully re-entering Britain.

The Manchester bomber’s parents were opposed to Gaddafi, but moved back to Libya in 2015. According to some reports, the bomber’s father works with the Tripoli based Government of National Accord.

The bomber’s father who was contacted in Tripoli maintains his son’s innocence, even though he blow himself up in a clear and unambiguous suicide attack.

Had Gaddafi still been in power, many Libyans living in Britain would not have gone to fight as volunteers in the NATO war where they became exposed to the tools, ideologies and methods of Salafist jihad, nor would they be exposed to the drugs that ISIS and similar groups frequently give their young fighters in order to make them as insane and fanatical as possible.

The illegal NATO war against Libya was Hillary Clinton’s war above all others. It was her who took a stable, prosperous, secular socialist country and turned it into a failed state and a terrorist playground. Gaddafi warned that he was the rampart holding back al-Qaeda from Europe, but Hillary Clinton did not care. She even laughed about Gaddafi’s inhumane, barbaric execution at the hands of terrorists.

Had Hillary Clinton not been able to convince Barack Obama and his useful war propagandists David Cameron in Britain and Nicholas Sarkozy, the dead children in Manchester might be with us today.

Hillary Clinton famously said of Gaddafi’s illegal execution, “We came, we saw, he died”. Indeed, she came, she saw, he died and now thousands of more have died in Libya, many others have died in Europe because of this, including those who recently perished in Manchester.