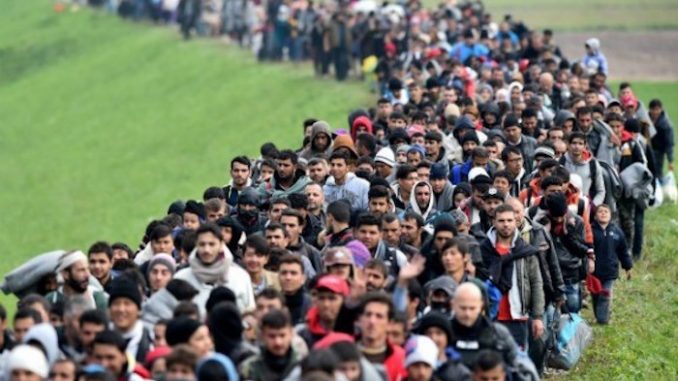 German authorities in the city of Hamburg have begun confiscating residential apartments against the owner’s will in order to cater to the massive influx of migrants arriving in the city.

The private properties have now been placed in the care of a trustee who is renovating them in preparation to be rented at low cost to migrants chosen by the authorities.

Hamburg district spokeswoman Sorina Weiland said that all “necessary” renovation costs will be billed to the owner of the properties, and warned that with 400 migrants arriving in the city every day, the expropriation plan will be rolled out further.

The expropriation is authorized by the Hamburg Housing Protection Act (Hamburger Wohnraumschutzgesetz), a 1982 law that was updated by the city’s Socialist government in May 2013 to enable the city to seize any residential property unit that has been vacant for more than four months.

The forced lease, the first of its kind in Germany, is said to be aimed at pressuring the owners of other vacant residences in the city to make them available for rent. Of the 700,000 rental units in Hamburg, somewhere between 1,000 and 5,000 (less than one percent) are believed to be vacant, according an estimate by the Hamburg Senate.

It remains unclear why the landlord in Hamm left his apartments vacant for more than five years. Some have posited that, given the location of the properties, the renovation costs may have been too high and probably would not have been offset by the rental income.

City officials said the measure was necessary because, at the time, more than 400 new migrants were arriving in Hamburg each day and all the existing refugee shelters were full. They said that because the owners of vacant real estate refused to make their property available to the city on a voluntary basis, the city should be given the right to take it by force.

The measure was applauded by those on the left of the political spectrum. “We are doing everything we can to ensure that the refugees are not homeless during the coming winter,” said Senator Till Steffen of the Green Party. “For this reason, we need to use vacant commercial properties.”

Others have argued that efforts by the state to seize private property are autocratic and reek of Communism. “The proposed confiscation of private land and buildings is a massive attack on the property rights of the citizens of Hamburg,” said André Trepoll of the center-right Christian Democratic Union (CDU).

“It amounts to an expropriation by the state.”

He said the proposed measure is a “law of intimidation” that amounts to a “political dam-break with far-reaching implications. The ends do not justify any and all means.”

Katja Suding, the leader of the Free Democrats (FDP) in Hamburg, said that the proposed law is an “unacceptable crossing of red lines… Such coercive measures will only fuel resentment against refugees.”

Similar expropriation measures have been proposed in Berlin, the German capital, but abandoned because they were deemed unconstitutional.