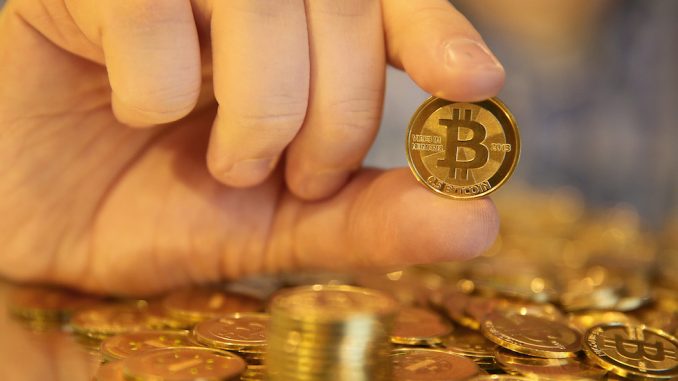 Bitcoin is a New World Order scam designed to trick liberty-loving types into moving their money out of physical assets and into a system that appeals to their anti-bank, anti-government instincts – but they are being conned by the powers that be, according to an international fraud expert who warns the cryptocurrency will soon be worthless.

Jeffrey Robinson made a name for himself investigating fraud on the grandest scales —his books on international money laundering and the pharmaceutical industry pulled back the curtain on the nefarious behavior of Wall Street and Big Pharma.

Now he has turned his attention to Bitcoin.

While the crypto-currency is promoted as anti-elite and a rare opportunity for the little guy to create some real wealth, Robinson says the Bitcoin scam is actually being peddled by the elite to pull the people away from real money and real wealth.

It’s also their way to introduce the idea of a one-world digital currency to the people.

Unlike the schemes of criminal banksters, Bitcoin—the technology and the currency—wasn’t conceived as a malicious scam. But Robinson says that is what it has developed into, with the powers that be pulling strings from behind the curtains, and they will soon trick both innocents and Bitcoin’s ideological backers out of millions.

The fact is that the the powers that be are using this system to enrich themselves in the short term, while also ensnaring would-be revolutionaries, getting them all lined up in the exact same spot for the inevitable digital slaughter that will come, weakening their ability to fight back.

Remember when the internet was seen as a revolutionary, libertarian tool that would free the people from government overreach? The internet has now become the main weapon of governments in controlling and spying on the people. Robinson says Bitcoin has undergone the same journey.

Speaking to Fortune, Robinson described the internet problems with the Bitcoin scam, and explained why a huge crash is inevitable.

Your career has been spent writing about various frauds and cons. If Bitcoin is a con, who is the con man?

What will be the end game for bitcoin?