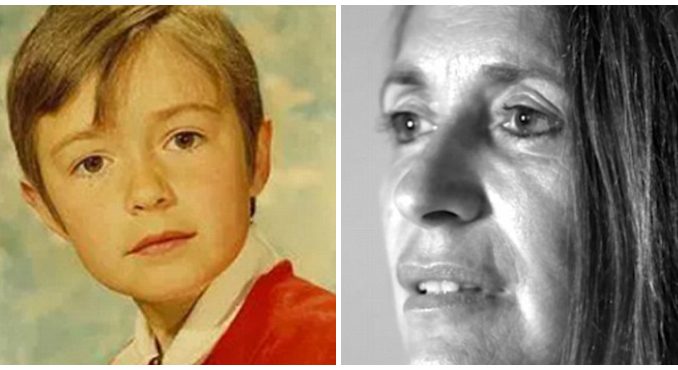 Many of the world’s most powerful political leaders and aristocrats belong to an elite pedophile ring, according to Anneke Lucas, who has bravely come forward with details about her own experience of ritual abuse at the hands of the cabal.

Anneke Lucas, now 53, was sold into the elite pedophile ring at the age of six, and endured five years of torture and abuse before she was deemed “of no use anymore” and was scheduled to be murdered.

“I was raped many, many, many times. I don’t have any scars to show how many times I was raped. Usually it was a full night and weekend and so I gathered I was raped for about six hours a week – more than 1,700 hours before I reached the age of 12.”

Speaking to MailOnline, she said: “I was first taken to the pedophile ring when I was six by a woman who worked as a cleaning lady for my mother.

“She and her husband took me away for a weekend to babysit me and it was her husband who took me to the pedophile ring.

“Later on, my mother got involved and then she started to take me herself. My mother was never really a mother. She was a very sick woman and a psychopath.”

“Afterward, left lying there like a broken object, I felt so humiliated”, she said.

“The adult men that were part of the network were there for various reasons.”

“There was a lot of alcohol and a lot of drugs.”

“The children were a commodity, the highest and more valued commodity, and used for sex.”

“No child deserves what I went through, or what millions of children go through. Children were scared into silence and members of the network killed those who threatened to go to the police.

She told MailOnline: ”I had to do it [the rapes] because there was always the threat of being killed.”

“I was graphically threatened…it was not something that was talked about.”

“The killings were not always private and I remember I once saw a body.”

She added: “The children were set against each other. There were friendships but I tried to keep things as simple as possible to survive.”

“I really didn’t want to be made a “favorite” of one of the network because I knew what happened to girls who got singled out… It created a lot of problems. I tried not to stand out.”

During the week, she went to school like other children her age. But the horrific experiences at the hands of the pedophile ring weighed heavily on her. She was unable to make friends or participate in class like a normal child. She described herself as being a “nonentity” at school.

She said: “I was a shy girl, with few friends at school, and at home, no one cared for me.

“I received more attention in the network.

She explained that being exposed to highly sexualized environments at a young age wreaks havoc with a young child’s psyche.

“It felt good to be viewed as the most perfectly beautiful, sensual object by powerful men with high standards in taste.

“This was the only positive in my life, and I clung to it as my only raft to keep from drowning in a sea of shame and self-loathing.”

“When I returned home for the school week, my parents acted like nothing had happened, so I took their denial and kept telling myself I was normal.

“I was so ashamed of what happened to me on weekends that I didn’t want to know.

“There was another girl who was at school with me who was being abused in the network but unfortunately, I never found a teacher I could speak to about it.

“At one point, in 1974, I had a really bad report card and a teacher I liked yelled at me and I just remember crying.

“I wouldn’t have dared to speak out. I was threatened in a way that I didn’t feel like there was a way out.

“At the age of 11, having spent five and a half years inside the twisted aristocratic sex ring, it was decided she was “of no use anymore” and was to be killed.

She recalled: “I was strapped to a butcher’s block that was black with all the blood of children that had come before me.

“One man was forcing five young children to harm me. It was part of their indoctrination.

“The torture lasted for a few hours. A burning cigarette was put out on my forearm. My body is full of scars and every scar reminds me of that moment.

She added: “When I was being tortured I could see the other children didn’t want to do it.”

“While I was being tortured for most of the time I didn’t feel pain…it was like a body response to being traumatized.

“But then, later on, I did feel it and it felt horrific. But I didn’t want them [the adults] to see me suffer.

Anneke Lucas says she was saved by one of the abusers. He made a business deal with the senior politician in charge of the pedophile network. She is unsure of the specifics of the deal, but it allowed her to escape death.

The man who tortured her was one of the defendants in the Dutroux case.  Dutroux is a Belgian serial killer and child molester, convicted of having kidnapped, tortured and sexually abused six girls from 1995 to 1996, ranging in age from 8 to 19, four of whom he murdered. His wife, Michelle Martin, was convicted as an accomplice.

When the Dutroux case broke in 1996, was widely believed that it would expose the Belgian pedophile network, and bring down the politicians and aristocrats involved in the ring. But, eight years later, only Marc Dutroux received a life sentence, and the elite members of the ring escaped without punishment.

But thanks to the agreement, Anneke Lucas was never forced to return to the club.

She told MailOnline: “After that, I went back with my mother.”

“I felt numb and it was very difficult to live at home as my mother was unhappy about being unable to punish me anymore.”

“I tried to please her as much as I could.”

“I left home at 16 and then lived with an adult who was in his 30s…but soon after I moved in he made clear he wanted me for sex so I was used for sex again.”

Anneke Lucas then moved in by herself, before leaving Belgium in the 1980s and moving to the United Kingdom, France and and then the United States, ending up settling in New York.

Miss Lucas, who has a 15-year-old daughter, said: “I wish that wasn’t my story and I wish it was different, but it’s important to speak up and I did spend decades coming to a place where I felt I was worthy of living.”

“I think the fact you had to [hurt other children] was the most damaging part as I felt like I was a perpetrator and not a victim.”

She added: “My daughter asked me some years ago why she didn’t know her grandmother and I told her because she wasn’t a safe person.”

“Then just last year I told her in general what had happened. She heard it and a few days later she gave me a hug. It was very moving.”Miss Lucas founded Liberation Prison Yoga in 2014 to help other people who had been incarcerated and vilified as a child. She now runs 30 yoga programs every week in various prisons that focus on healing.

She now runs 30 yoga programs every week in various prisons that focus on healing.

She said: “It’s been a 30-year healing process and the prison yoga organization is the culmination of my healing journey, sharing healing modalities with those traumatized by incarceration.”

“It is very rewarding and empowering work.”

“I have spent my adult life trying to heal from the deep wounds of the past.”

A spokesman for the Federal Police in Belgium said they were unable to comment on Anneke Lucas’ claims.