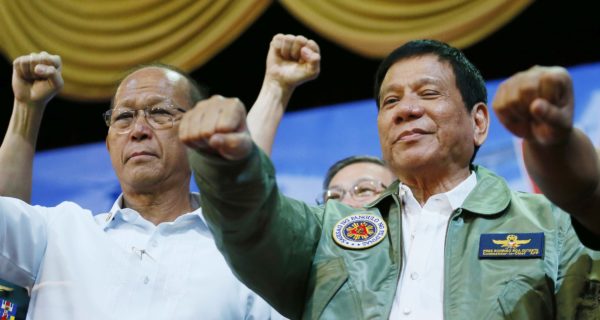 In time, Philippines President Rodrigo Duterte may be seen as a global pioneer in the war against criminal drug dealers.

Whether one is in favour of the decriminalisation/legalisation of drugs or one wants to completely erase their existence, no one of sound mind could argue that drugs should be smuggled, bought and sold on the black market.

The illegal drugs trade is a conduit for violent crime ranging from threats and blackmail on one end of the dark spectrum to homicide, rape, arson and human trafficking on the other. Drug deals are often the bedrock of finance for organised crime syndicates and violent gangs.

Philippines President Rodrigo Duterte has pioneered a programme in which drug dealers face capital justice at the hands of  both law enforcement and deputised civilians.

Whatever one’s feelings are on drugs, no one with a clean conscience can have a good view on drug dealers. Not only do their dirty deals take money out of the economy, but such people are in most cases, a menace to society.

Many people become drug dealers out of a combination of greed and hubris. It is a greed and hubris often encouraged by a capitalist mindset which names ‘get rich quick’ as a virtue while labelling stability and humility as vices.

It is crucial to take drug dealers off the streets. Such people have no role to play in a civilised society.

Unlike many western countries, the United States still practices capital punishment (the death penalty) in many states. Therefore, the US ought to be a case study in making capital punishment the de-facto sentence for those convicted of drug dealing.

For those who foolishly entered the drugs trade for reasons of opportunism, there ought to be plenty of warning before the new rules would go into effect. This would allow such people to think twice.

If they stop dealing drugs, they will not have to worry about ex-post-facto prosecution under the new sentencing mandate.

Only after the criminal element is fully removed from the drug smuggling and dealing process can people have a reasoned and safe debate over whether drugs or some cases, which drugs can and should be sold legally.

While all of society suffers from the illegal drugs trade, the poorest communities are usually the first victims of the violence which multiplies from drug culture like bacteria. These will likely be the first people to support such measures.

It is true that some of the most dangerous drugs are sold legally.

They are typically manufactured by multi-million dollar pharmaceutical corporations. This too is a blight on society, and those who produce and sell these substances should also face justice after appropriate steps are taken to reign in big pharma. That though is a separate, but equally important matter to that of black market drug dealers.

President Duterte has highlighted something deeply important not just for his country but for the wider world.

In time many may look to him as a pioneer rather than a pariah.