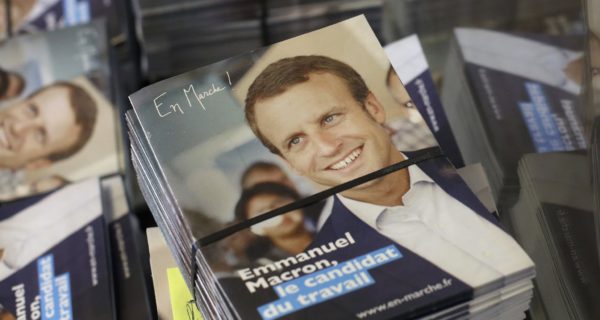 A non-judicial state body has threatened publishers with criminal prosecution.

Nearly 9 gigabytes of information from private emails belonging to French Presidential candidate Emmanuel Macron have been leaked after an apparent hack. The leaks came to light late Friday evening, less than two days before polls open in the final round of elections.

The hack is said to contain business documents and related photos.

Macron’s campaign have said that some of the leaked files are fake.

Wikileaks is currently running each document through its copious verification process.

But this is not even the main story.

The main story is that the French Election Control Commission released a statement threatening legal, including criminal action against anyone who publishes the content of the leaks.

The relevant except from the short statement reads,

This is an outrage on several levels.

Even prior to the authentication of the documents, it is still in the public good to know the content of these documents with the warning ‘alleged’/’unverified’ in front of any article describing said documents.

This is done all the time in unconfirmed information relating to matters of life and death on the battle field. I should think that such matters are far more sensitive than the private dealers of a wealthy, healthy living man.

If the documents are proved to be authentic and Wikileaks who are authenticating them now are the best source in the business, it is imperative that these documents be released in full.

Anything less would be a state-run disinformation campaign to try and prohibit information relevant to the public good from being freely and legally disseminated. In this sense it would be the French state that is unduly influencing the election by forcing the withholding of relevant facts from the public prior to polling day.

These are the tactics of a dictatorship, not a democracy.

The French state is engaging in an abuse of power exercise. It is not for an un-elected electoral commission to make a ruling on the legality of publishing these or any other documents. In a free society, this would be the charge of the judicial branch of government.

If the information was proved false, in a free society, Macron would have the ability to sue for libel or ask a judge for a gag-order.

In a free society, if the information were true, Macron would have to do something that he’s never done in his entire life: MAN UP!

The most shocking element of this saga  is that both the mainstream and alt-media have taken this sitting down. While no one wants to be arrested by the French, we in the media should at least complain and complain loudly about France’s barbarically backward free speech laws.

These obscurantist laws seem tailor made for Macron who has revealed himself not only to be the pro-war candidate but also the pro-censorship candidate. Vichy Macron is far more dangerous than the reformist, free-speech minded daughter of Jean-Marie Le Pen.

READ MORE: Emmanuel Macron bans RT and Sputnik. Is the Presidential hopeful out to kill free speech in France?

I’m trying to imagine how the media might react if Russia had such primitive and dictatorial laws against free speech?

Funnily enough, when Russia made existing libel statues subject to criminal as well as civil penalties,  something which amounted to nothing more than fines for the guilty being issued at the request of prosecutors in some cases and private claimants in most others, the western mainstream media and western NGOs were up in arms.

However, there is almost no one criticising the French abuse of power which aims to stifle and has largely been successful in stifling  journalism. The double standards are incredible.

Macron is from this same establishment trying to censor free speech. Just let that sink in.