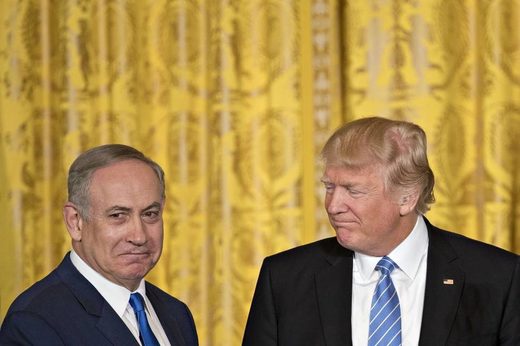 Israel provided the U.S. with the classified information that President Donald Trump shared last week with Russian officials, according to officials with direct knowledge of the matter.

The intelligence came from a particularly valuable source of information about the Islamic State terrorist group’s ability to build sophisticated explosives that could evade aviation-security measures and be placed on aircraft, these officials said. The source of the information was developed before Mr. Trump’s election in November, they said.

Now that we know Israel – that most sensitive of tiny, insignificant nations – was responsible, it puts a few things into perspective. For example, the anxiety over the possibility that Trump named the city where the plot was discovered. The original WaPo report said the city was “in the Islamic State’s territory”. The Islamic State only has territory in Syria and Iraq (though they have a presence in numerous other nations, like Afghanistan). How could the name of a Syrian or Iraqi city reveal anything significant? If it was an Iraqi city, naturally that would suggest Iraqi intelligence; likewise for Syria. ISIS is thoroughly infiltrated by all kinds of agents. So what gives, unless the city bordered Israel. (ISIS occupies Tasil in southwestern Syria, which borders the Israeli-occupied Golan Heights.)

Could it even have been an Israeli city? If so, that in itself raises questions. What the hell is ISIS doing hatching plots in Israel?

The disclosure that Israel was the source of the intelligence adds a layer of complication to Mr. Trump’s sharing of the information with the Russians. Israel is among the U.S.’s closest allies in the Middle East. The two nations’ intelligence services work closely on counterterrorism operations in the region and routinely share information with each other.

But the information that Israel provided in this case was considered so sensitive that it wasn’t shared even with the closest U.S. allies, known as the “Five Eyes,” a group of countries that includes the U.K. and Canada, the officials said.

The disclosure came days before Mr. Trump embarks on his first overseas trip as president, with Saudi Arabia and Israel as his first two stops.

On Tuesday, Mr. Trump acknowledged on Twitter that he had shared information about threats to aviation with the Russian ambassador to the U.S. and the Russian foreign minister in an Oval Office meeting last week. He didn’t identify Israel.

Mr. Trump’s national-security adviser, Lt. Gen H.R. McMaster, said on Tuesday Mr. Trump’s conversation with the Russian officials “was wholly appropriate” but that he believed the leaking of it put national security at risk.

U.S. officials with direct knowledge of the Israeli source said Mr. Trump may not have provided enough detail to the Russians to damage that source. However, they stressed that by openly sharing such classified information with a U.S. adversary, when even American allies aren’t privy to it, could create an impression that the U.S. can’t be trusted with other countries’ secrets.

In its articles Monday on the subject, The Wall Street Journal refrained from identifying Israel as the source of the intelligence. Trump administration officials said disclosing it could damage the two countries’ intelligence relationship and jeopardize operations. The Journal decided to name Israel once the country’s name was widely disseminated after reports by the New York Times and others Tuesday afternoon.

Israel’s foreign ministry and the office of Prime Minister Benjamin Netanyahu declined to comment on Tuesday.

“Israel has full confidence in our intelligence-sharing relationship with the United States and looks forward to deepening that relationship in the years ahead under President Trump,” Ron Dermer, the Israeli ambassador to the U.S., said in a statement to The Wall Street Journal Monday evening.

White House press secretary Sean Spicer said the administration appreciated the statement from Mr. Dermer, but he declined to confirm that Israel was the ally that shared the intelligence.