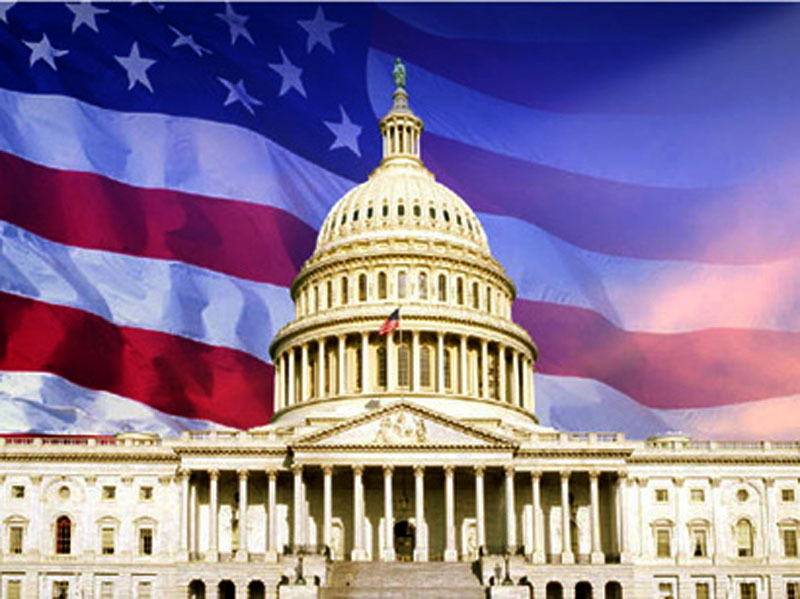 This is a high priority alert. The Washington Post, now exposed as a CIA propaganda front, and the New York Times (a fiction-pimping anti-American rag owned by a Mexican national) have tag-teamed their way to their desired finish line: The impeachment and indictment of President Donald J. Trump.

This has been accomplished through the publishing of a seemingly endless stream of utterly fabricated fake news stories, nearly all of which are based on “anonymous sources” that are probably little more than schizophrenic voices in the heads of the reporters writing the “news” in the first place.

The aim has been to accuse President Trump of every imaginable crime, from “leaking intel to the Russians” to “obstruction of justice.” Keep in mind that these same discredited media outlets gave Obama a pass when he laundered $1.7 billion in cash and delivered it to Iran on a military cargo plane.

They are the same fake news media that looked the other way when Bill Clinton met with Loretta Lynch on the tarmac in a private meeting to pressure Lynch to back off any potential criminal investigation of Hillary Clinton’s long list of crimes.

They are the same anti-American media that said nothing when Hillary Clinton cheated during the presidential debates by receiving the debate questions in advance from CNN. (She also pre-sold her anticipated presidency by collecting tens of millions of dollars in “donations” and “speaking fees” from foreign interests.)

They are the same media that stood silent when former President Obama weaponized the IRS to suppress the speech of conservative non-profits. Similarly, nobody in the media seems to be alarmed at all that Obama abused the state surveillance apparatus to spy on his political opponents such as Rand Paul.

These are all serious crimes, serious abuses of power and treasonous acts carried out by Obama, a Democrat. Yet the left-wing media remains silent on every one of them. What’s obvious from all this is that, according to the left-wing media, Democrats can do no wrong and all their crimes are whitewashed by default (even the obvious murder of Seth Rich). Yet Republicans are instantly guilty of the worst crimes imaginable, even when they’ve done nothing wrong at all.

REAL crimes committed by Democrats are deliberately overlooked, in other words, while FAKE accusations against Republicans are hyped up until they’re made to look legitimate and damning, to the point where Democrats are all madly hyperventilating and claiming to be “triggered” by nearly everything.

It is against this background of wild disinformation, media lies and conspiratorial plotting that President Trump is now facing the most serious challenge of his administration: An aggressive attempt to remove him from office through impeachment and indictment over entirely fabricated, baseless accusations that are lacking any real facts.

For now it is unclear what Congressman Al Green’s reasoning is… apart from anonymously-sourced evidence-free reports from a clearly biased mainstream media perpetuating a narrative designed to ‘resist’. Apparently the argument is that Trump “obstructed justice”, although we hope Mr. Green has some evidence to back up his accusations.

Indeed, nearly every media accusation against Trump has been based on nothing but innuendo, misleading headlines, fake “anonymous sources” (a Washington Post favorite) or outright misrepresentations of hard facts. The New York Times and Washington Post have deliberately published fake news, then whipped it all into a “media circle jerk” frenzy where the same false stories are repeated across the ‘net, all hyped up by Facebook’s selective oppression of liberty-oriented news so that left-wing media lies are more easily shared.

Google then tweaks its search engine algorithms to censor truth media while giving extra rankings to the lies of the left-wing media, making sure that all searches on political topics return mainstream media propaganda results rather than independent media stories that are actually far more truthful. The fix is in, in other words, and it’s a coordinated network involving the media, tech giants, deep state intelligence organizations and of course late night television which drives all the false narratives into the brains of young, gullible hipsters.

As should be obvious by now, the Democrats seek to run a totalitarian, fascist police state that they control. It will be called a “tolerant” society, of course, where anyone who disagrees with any left-wing narrative is censored off the ‘net, labeled a threat to humanity and imprisoned or executed. The Boston Herald is already calling for mass executions of people who disagree with California’s SB 277 vaccine mandate which allows the state government to force mass injections of toxic substances into human babies. Netflix has now memory-holed videos that teach the science of genetics, making sure that nobody remembers how gender is determined by XX or XY chromosomes, not a “momentary feeling” of a gender-confused individual. Google eliminated the entire NaturalNews.com website from its index for a six-day period, attempting to memory hole 140,000+ independent news articles, and Facebook is now blocking nearly all sharing of independent media in order to make sure that only the fake news narratives of the delusional Left can be shared on its twisted social media platform (which serves as little more than a front for the NSA to collect intelligence on the citizenry).

The real goal in all this — which is also being pursued by the evil globalist Jeff Bezos, founder of Amazon.com and owner of the fake news Washington Post — is the overthrow of the Republic. This will be followed, of course, by a massive false flag school shooting, a call for the complete disarmament of the U.S. citizenry, and a final rollout of the totalitarian police state run by Leftists. All liberty-oriented websites will be de-indexed from Google, banned from Facebook sharing, blocked by email ISPs and possibly even shut down at the domain level through government seizures of domain names. All voices of liberty will be silenced, and only obedient conformity will be tolerated in the name of “tolerance.”

We are right now on the very precipice of this unfolding before our very eyes in the days ahead. An effort is under way to impeach President Trump or declare him mentally unfit. Rumors are swirling that his own cabinet is prepared to say he suffers from Alzheimer’s or dementia and is therefore “unfit for command” and must be replaced. An actual political coup is forming up at this very moment, and the anti-American forces within the media and the bureaucracy are planning to move swiftly to out-pace public awareness or dissent against the coup that’s taking place.

I plan to discuss this is more detail in a subsequent article, but according to my analysis, a coup against President Trump is likely to be the catalyst for the outbreak of civil war as well as a catastrophic market crash. In that civil war, I predict a strong possibility that the headquarters of Google, Facebook, Twitter and other tech gatekeepers will be overrun by pro-America forces in order to halt their collusion with fascist left-wing traitors who are trying to overthrow the Republic.

We should expect to see similar strategic occupation efforts targeting the Washington Post and the New York Times, which is where all the anti-American propaganda originates, run by nefarious globalists who despise liberty and Trump. I would not be surprised at all to see all the major media centers of America seized and forced to stop running their anti-American, anti-liberty, fascist propaganda that has deliberately sought to overthrow the duly elected President of these United States.

On the streets, the mass protests will of course spill out across every U.S. city, where brainwashed, delusional left-wing activists will carry out mass violence against innocent white people, looting white neighborhoods and torching white-owned businesses. This mass violence will be uncontrolled and unstoppable by local police, who will be vastly outnumbered. At some point, watch for local citizens who own firearms to start shooting back in their own defense, and from there it all escalates into open warfare on the streets of America. (Hint: Gun owners who can accurately shoot rifles will out-range the left-wing criminals who only know how to use handguns.)

If you are not yet prepared for the outbreak of mass violence across America, your time is running short. You will obviously need a means of self-defense, and you will need plenty of organic survival food, a non-electric water filter, emergency first aid items and emergency communications gear. If you don’t yet own a firearm for your protection, find recommended choices for self-defense at Guns.news and Gear.news. You will need plenty of hollow point ammo, which you can find at MidwayUSA.com or AmmoToGo.com. My personal recommendation is to acquire a Glock 19 as your starting pistol, and get a POF-USA.com rifle if it’s legal to own one in your area. (If it’s not legal to own a rifle, you are living in the wrong state. Time to move…)

Prepare to defend your property, your community and perhaps even your country. It really is coming down to an outbreak of civil war across America, and the insane, fascist Left will stop at nothing to stomp out all voices of liberty and install their own totalitarian system of government under which no dissent is allowed at all. Leftism is fascism, remember. If you do not agree with all their insane, delusional narratives about climate change, transgenderism, government spending or socialized health care, then you will be silenced and punished. The book burnings have literally begun; the Left’s calls for the mass killings of the voices of liberty are on the rise, and the Left has become a mindless mass of dangerous zombies who are mentally ill (and extremely violent). This will obviously not end peacefully.