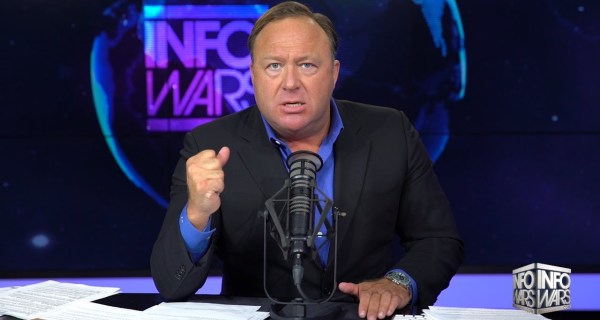 The alt-media underdogs will now sit beside corporate mainstream media and state-run broadcasters like the BBC.

Mainstream media has been sent into a frenzy as Donald Trump’s White House grants White House press credentials to InfoWars, the media outlet owned and operated by Alex Jones.

This means that an InfoWars reporter now has the option to be present at all White House press conferences and briefings just as those from CNN, the New York Times and state-owned British Broadcaster BBC currently are and have been for decades.

Whilst InfoWars does not have a fraction of the budget available to corporate media outlets like CNN and MSNBC or state-run broadcasters like the BBC or Canada’s CBC, InfoWars will now sit beside their reporters with equal access to White House events.

This is objectively a victory for alternative-media and for the ‘little guy’. Whether one agrees or disagrees with the editorial line of InfoWars, it is high time for White House press credentials to reflect the popularity and influence of one’s outlet rather than the wealth of those who fund the outlet.

Donald Trump’s White House would be well advised to continue along this line and grant further press credentials to media outlets that represent the future rather than the past.

Now watch Alex Jones describe the occasion as only he can.