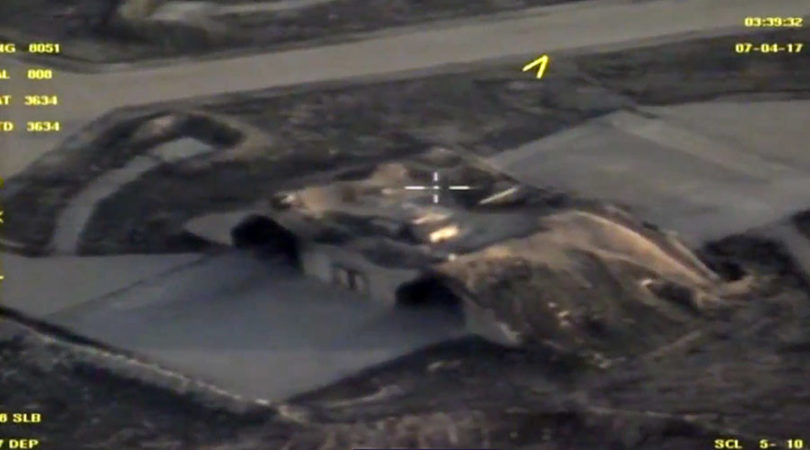 Based on Russian sources, including video footage and the reports of one Russian journalist on the ground, Evgenii Poddubnyi, it has become clear that the US strike was largely symbolic.  Here is the evidence:

Now here is the really intriguing thing: it appears that only 23 out of a total of 59 US cruise missiles hit the base.  The rest are unaccounted for.  This could be due to all sorts of reasons, including Syrian and Russian air defenses or Russian electronic warfare.  I tend to believe that the latter is the cause.  But then, this begs another question: why did the Russians let 23 of the cruise missiles through?  Possibly to appease Trump and not force him to re-strike.  Other possibility, to make sure that the political fallout from this stupid and reckless attack still come back to hurt the United States (had they destroyed all the cruise missiles this would not happen).

As for the Russian political reaction, I find it rather flaccid: Russia has condemned the attack and suspended the Memorandum of Understanding on Prevention of Flight Safety Incidents in the course of operations in Syria signed with the US.

The Russian Ministry of Defense has released drone footage of Shayrat Airbase in Syria, showing the aftermath of a US missile strike

Men.. do you realize what happened? Now.. no moron would dare to accuse Trump that he is pro-Russian agent..  I’m rather unimpressed.