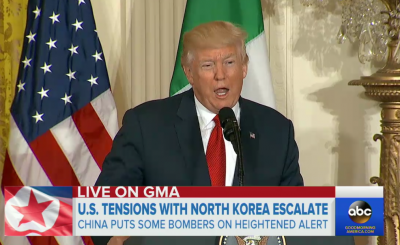 Russian troops massing on the border with North Korea are about as real as Harry Potter’s magic wand. The entire North Korea “crisis” is manufactured hogwash

We keep trying to warn you but you never listen, do you?

The same media that told you a mighty American armada is anchored off the Korean Peninsula is now claiming that Russia is massing troops on the border with North Korea, and Chinese bombers are on high alert and making “unusual moves”.

You’re being lied to in the most spectacular and hilarious ways.

The North Korea “crisis” is so fake that it boggles the mind. 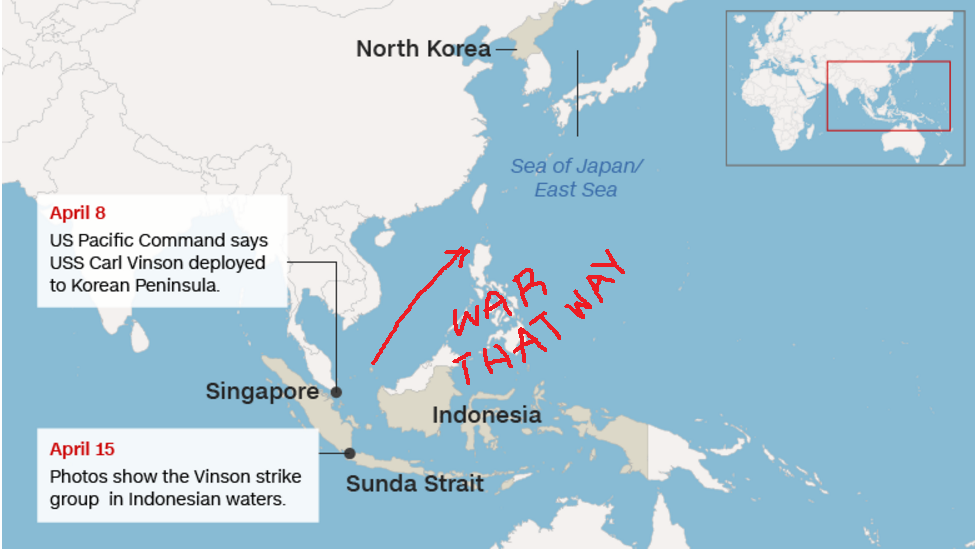 We’ll start with the claim that the Russians are preparing for something big on its border with North Korea.

Citing grainy Youtube videos and Twitter, several tabloids and other prestigious new outlets are claiming that Russian troops are getting ready for trouble in North Korea. 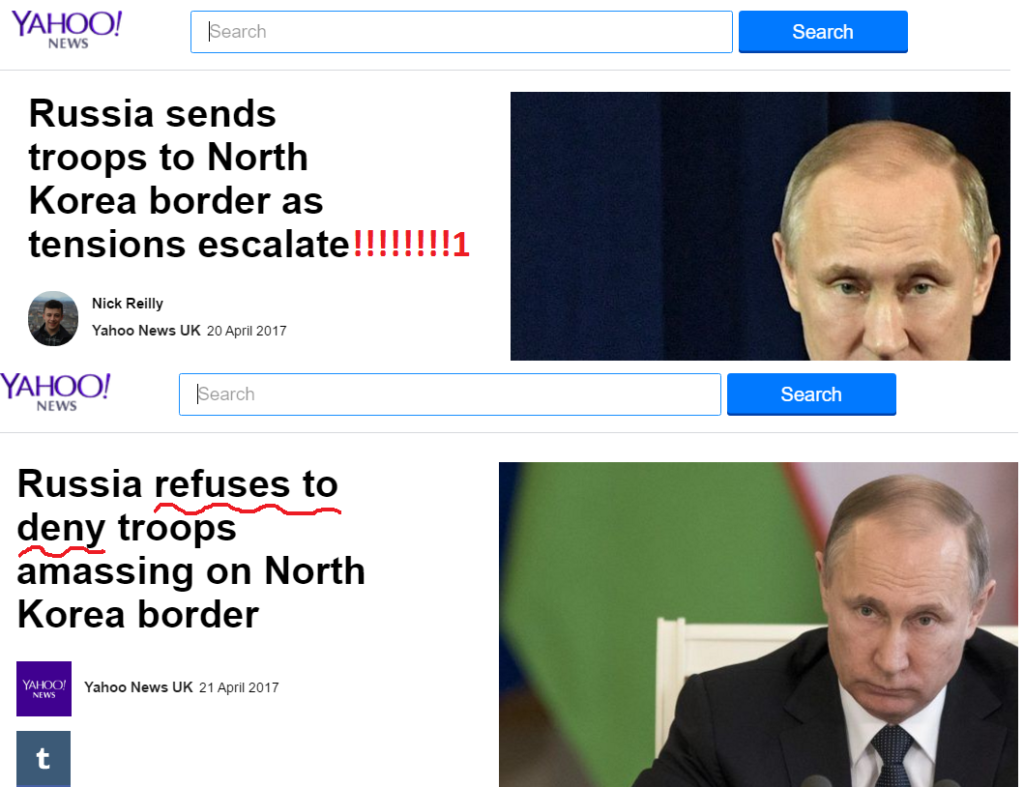 Actually, Interfax news on Friday quoted Alexander Gordeyev, spokesman for the Far Eastern Military district, as saying that the movement of heavy weaponry — as depicted by social media — is part of “absolutely scheduled maneuvers of combat readiness.” Gordeyev said the military hardware was on its way back from drills elsewhere and denied any connection to the tensions around North Korea’s nuclear program.

According to the Associated Press, deputy chairman of the defense committee at the Federation Council Frants Klintsevich told RIA Novosti the movement was pre-planned and dismissed reports suggesting Russia was preparing for a possible U.S. attack on North Korea as speculation.

Just like with the “invasion” of Ukraine — if Russia was moving an army to its border with North Korea, trust us, you would know about it.

Chinese bombers on high alert and making “unusual moves”? About a 0% chance

The usual suspect — an anonymous senior US official — told the media that China has temporarily put cruise missile-capable bombers “on high alert”. 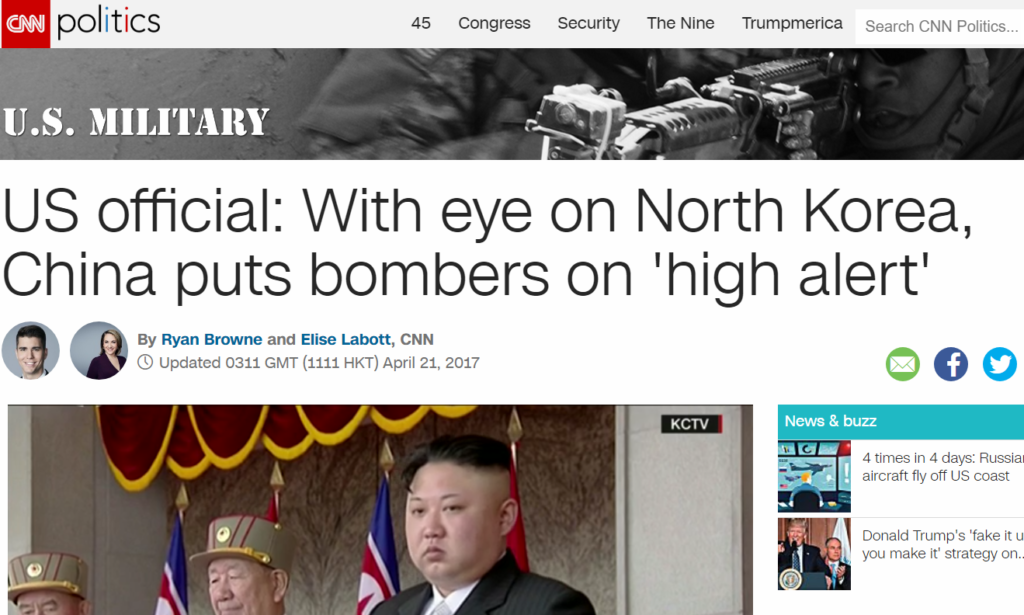 Shortly after, Donald Trump announced that China was preparing for something big, and that “some very unusual moves have been made in the last two or three hours”. It’s been more than three hours since he’s said that, and trust us, there is still no war with North Korea.

As an ABC correspondent noted: “What was [Trump] talking about with those new moves in the last two or three hours? I asked the senior staff here at the White House, we asked the Pentagon, we asked the State Department. Nobody could or would tell us.”

Don’t let that stop you from reporting on it, though: 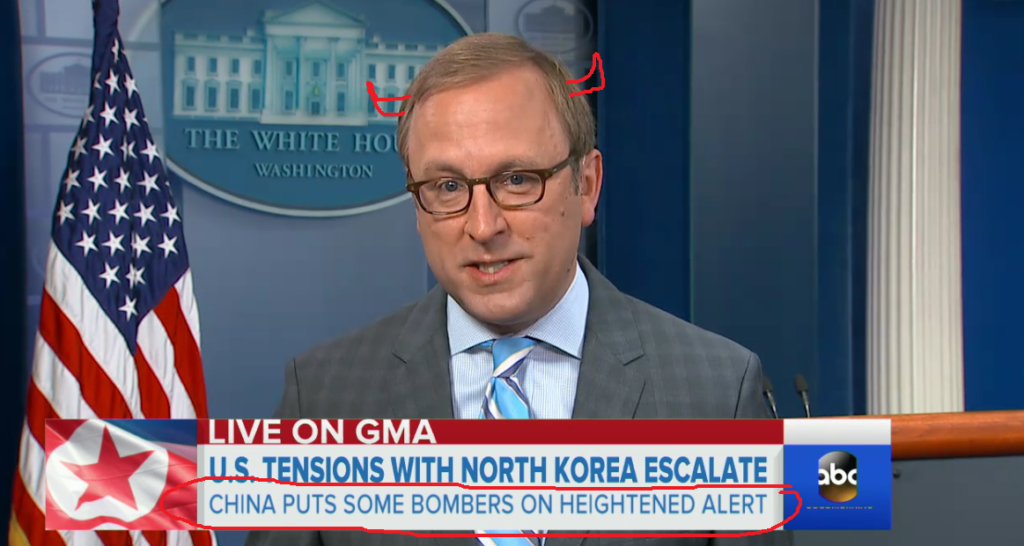 Here’s an interesting exchange from a Chinese Foreign Ministry press briefing on Friday:

By the way — the Chinese Defense Ministry denied any “unusual moves”.

But allow us to reiterate what Beijing has said 10,000 times: There is no “military option” when it comes to “dealing” with North Korea.

A final thought on this joke.

A few days ago the media spread a fair tale story about Russian and Chinese ships stalking the mighty US armada en route to Korea. We can now say with high confidence that this story is extremely not true — considering that the US fleet was actually hanging out 3,500 miles away.

This story — created out of thin air — was originally peddled by the Japan Times, and it spread like wildfire.