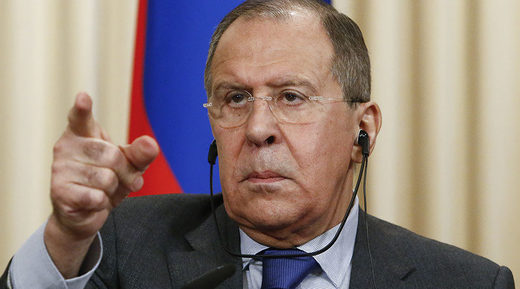 Russia’s Foreign Minister Sergey Lavrov has a simple message for the Organization for the Prohibition of Chemical Weapons: Stop with the bullshit.

Speaking with journalists in Moscow on Monday, Lavrov pointed out that the OPCW has taken more than four months to ‘analyze’ chemical samples from Aleppo, which would likely implicate Syrian ‘opposition’ forces in war crimes. And surprise, surprise — the OPCW needs even more time before it can release a report.

Meanwhile, it took this prestigious organization only four days to declare that Sarin was used in the April 4 attack in Khan Sheikhun.

Lavrov is not amused:

How can this be? Lavrov knows:

Lavrov then delivers the final blow: