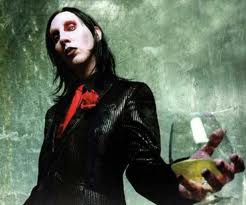 Sodomy is a form of brainwashing. Freemasons are able to be a closeted homosexual organization due to the amnesia of half the victims,
and psychological denial of their own homosexuality by bull fruit perps like Jerry Sandusky.

Freemasons believe sodomy opens the “third eye” to Luciferian illumination.  It attacks a pressure point of nerves at the base of the spine, causing temporary neurological paralysis and a shift of consciousness. Now consider that public schools and mass media are indoctrinating children to believe homosexuality is normal. There are thousands of “gay-straight alliance” clubs in elementary and high schools throughout the West where children have an opportunity to meet and experiment with homosexuality. Society is being inducted into a satanic cult and it doesn’t have a clue.

The best kept secret of the esoteric grades of Freemasonry is ritual sodomy. They believe it opens the “third eye” to Luciferian illumination.  It attacks a pressure point of nerves at the base of the spine, causing temporary neurological paralysis and a shift of consciousness.

MK-ULTRA survivors have testified that sodomy causes identity “splits” in children up to age 5, so it was standard for programming multiples.

In order to produce a mind control slave, it must be done ideally between age two and four.   The pressure point causes memory blackout, which is why victims don’t experience flashbacks before a physiological change in the brain occurs between age 28 and 32.

When introduced at eleven or older it doesn’t cause splits, but initiates the victim or ‘neophyte’ into the Sado-Masochistic “brotherhood”. The initiation is metaphysical so it doesn’t matter whether it is done formally as an initiation, or informally Jerry Sandusky style. The Illuminati are a class of people that have this “illumination” in common whether the perp was a Freemason or not.

Anyone that has experienced sodomy has been illuminated or initiated into the Luciferian initiation because “Lucifer” is real.

This is why sodomy laws have been overturned almost world wide since 1970.

By 1996, Satanist rocker Marylin Manson was literally selling sodomy to teens, and laughing all the way to the bank.

See the lyrics for Manson’s 1996 rock anthem, “Cake And Sodomy”, which middle school teens bought at shopping malls with their parent’s money: Before he died, sodomite celebrity William S. Burroughs, left, said in an interview that Manson stole the line, “I am the god of F**K” from a short story Burroughs wrote 50 years earlier.

Freemasons have gotten away with being a closeted homosexual organization all along due to amnesia of half the victims, and psychological  denial of their own homosexuality by the Bull Fruit perps like Sandusky.

It’s a Jekyll and Hyde thing.  That’s why so many politicians caught having public bathroom oral/anal sex, such as Indiana state rep Paul Hinkle and US Senator Larry Craig, say “but I’m not gay”.

It’s tricky to explain to people that millions of Illuminati agents act completely autonomously.  I don’t think there is an organization with an address and meetings and such by that name.

Illuminati are the people Satan’s got under demonic obsession.  It doesn’t require what we’re used to thinking of as secret groups with meetings and so on.   What explains it is that there is a supernatural non-human counter-force behind the scenes.  Satan and ‘Legion’ are real.

I think this is what Paul meant by the “Mystery of Iniquity” in his letter to the Thessalonians 2:7 “For the mystery of iniquity is already at work: only he who now lets will let, until he be taken out of the way.” That is not to say that there isn’t a network of conscious Satanists who occupy the positions of power in most organizations. Thus ‘the Illuminati’ control all organizations with plausible deniability.  They get suspected, but never get convicted because they sit on the bench.

The network extends to police, courts, media…so nothing happens, as was the case twice when avowed Satanist Lieut. Col. Michael Aquino, left, was caught:  Once in the Franklin Omaha procurer for Capitol Hill pedophiles scandal, and again in the Presidio pedophile ring case.

Satanist Explains the Rites of Sodomy