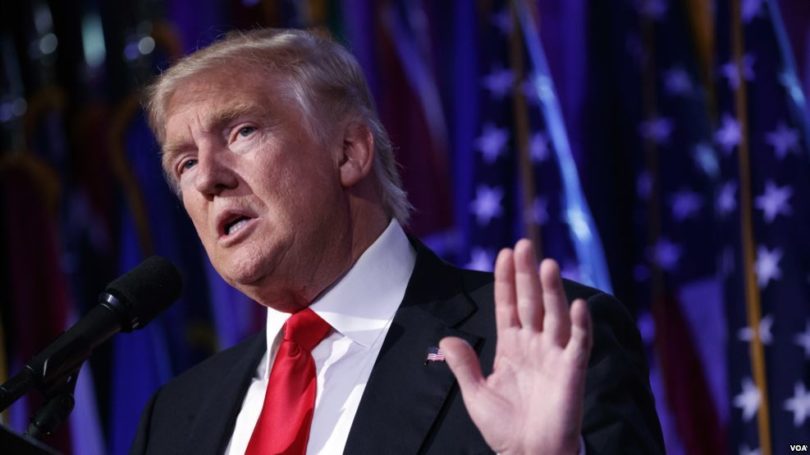 The chancelleries and the Press are claiming that President Trump changed his policy and betrayed his electors by accepting the resignation of General Flynn, and then by bombing Chayrat. Thierry Meyssan, however, points out several incoherencies which seem to indicate just the opposite – the US military aggression against Syria may in fact be directed, in the long term, against Washington’s allies.

Did Donald Trump, who was elected for his programme promising the end of imperialism, and for service of the interests of his people, suddenly change his mind only three months after his arrival at the White House?

And yet, during the debate at the United Nations Security Council, the argument of a chemical attack perpetrated by Damascus was not considered by the representative of the Secretary General. On the contrary, he stressed the impossibility of knowing, at this stage, how the alleged attack could have occurred. Bolivia even raised doubts about the very existence of the attack, which was only reported by the White Helmets, in other words the al-Qaïda group that MI6 supervises for the needs of its propaganda. Moreover, all military experts emphasize that combat gases must always be delivered by shell-fire, and never, absolutely never, by aerial bombing.

In any case, the US attack against the base in Chayrat was characterised by its apparent brutality – the 59 BGM-109 Tomahawk missiles had an accumulated power almost twice that of the atomic bomb that was dropped on Hiroshima. But the aggression was also characterised by its inefficiency – although there were in fact several martyrs who died attempting to extinguish the fires, the damage was so slight that the base was functioning again the next morning.

We are obliged to conclude either that the US Navy is a « paper tiger », or that the operation was no more than a sham.

If this hypothesis should be true, it is easier to understand why the Russian anti-air defence failed to react – supposing that the S-400 anti-missile missiles, which are triggered automatically, were deliberately de-activated beforehand.

Everything played out as though the White House had imagined a trick aimed at dragging its allies into a war against anyone who uses chemical weapons – which means, in fact, against the jihadists. Indeed, according to the United Nations, the only proven cases of the use of these weapons in Syria and Iraq to date have been attributed to them.

Over the last three months, the United States have broken with the politics of Republican George Bush Jr. (who signed the declaration of war which was the Syrian Accountablity Act) and Barack Obama (who supported the « Arab Spring », which was in reality the replay of the « Arab Revolt of 1916 » organised by the British). However, Donald Trump has so far been unable to convince his allies, in particular the Germans, the British, and the French.

Jumping on what seems to be a radical change in US policy, London has multiplied its declarations against Syria, Russia and Iran. The British Minister for Foreign Affairs, Boris Johnson, cancelled his visit to Moscow.

But here’s the thing – if Washington has really changed its policy, why has Secretary of State Rex Tillerson, on the contrary, confirmed his own visit to Moscow? And why did Chinese President Xi Jinping, who was the guest of his US opposite number during the bombing of Chayrat, react so half-heartedly, when his own country used its veto six times at the UN Security Council in order to protect Syria?

In the midst of all this speechy unanimity and factual incoherences, President Trump’s advisor, Sebastian Gorka, claims that the White House still considers President el-Assad as legitimate and the jihadists as the enemy. Gorka is a very close friend of General Michael T. Flynn, who drew up the Trump plan against the jihadists in general and Daesh in particular.