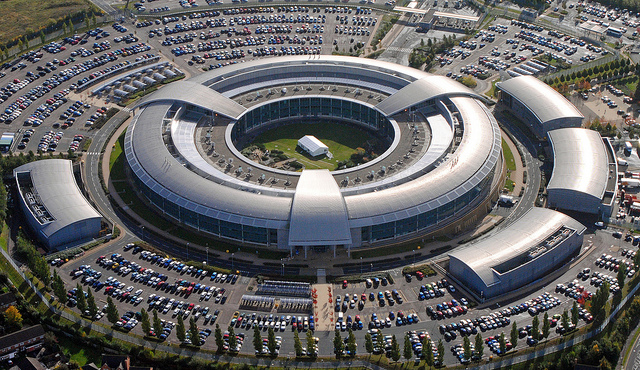 Deep State has eyes and ears everywhere.  Not even the POTUS is immune to 24/7 spying and surveillance.

Everyone knows that every American has been spied on and surveilled via electronic monitoring — 24/7 — since the US-government coordinated terrorist attacks of September 11, 2001.  The draconian imposition of the national security state was just one of many reasons for that highly consequential false flag operation, which was overseen by rogue elements in the U.S. Intelligence Community in conjunction with traitorous flag officers within in the U.S. Armed Services.

As a matter of historical fact, Deep State has been conducting telecommunications monitoring of the American citizenry at least since World War II, if not well before that time.  With Operation Paperclip, the Office of Strategic Services, which was the precursor of the C.I.A., saw the inclusion of numerous high-level Nazi intelligence leaders incorporated into its ranks.  They brought with them the same Gestapo tactics that were used to keep wartime Germany in check, especially with regard to monitoring the populace.

According to their own website, this nazification of the Central Intelligence Agency began with the establishment of the Joint Intelligence Objectives Agency in September of 1945. This deliberate move by Deep State permitted the complete infiltration of the nation’s premier espionage apparatus by Nazi agents as explained below.

“General Reinhard Gehlen, former head of Nazi intelligence operations
against the Soviets, was hired by the US Army and later by the CIA to
operate 600 ex-Nazi agents in the Soviet zone of occupied Germany.
In 1948, CIA Director Roscoe Hillenkoetter assumed control of the
so-called Gehlen Organization.”[1]
(Source: www.cia.gov)

For obvious self-serving reasons, the emerging Military-Industrial Complex was able to see to it that no one in America ever enjoyed their privacy again post World War II.  As always, ‘national security’ was presented as the patently false justification for unchecked spying on and surveillance of the public.  However, this was merely a pretext to inaugurate what would become the most advanced and hidden Orwellian police state the world has ever seen (with the gross exception of Great Britain, of course).

The very day that Donald Trump launched in earnest his candidacy for POTUS in July of 2015, he and his family came under intensified spying and surveillance.  Likewise, every candidate for POTUS comes under extreme scrutiny by the intelligence agencies, again for fabricated reasons of ‘national security’.  It’s been like that practically forever.  It’s just that Trump is the first president to ever say it … or tweet it.

Why did Trump put it out there so boldly that he was being wiretapped?

Because Deep State has determined that they will prevent President Trump from governing as the POTUS is elected to do.

That being the case, much of the real governing has been done far behind the scenes and way under the radar.

By trumpeting to the world that even the POTUS is being ‘wiretapped’, by almost any intelligence agency that so desires and possesses the requisite technology, he made a strategic pre-emptive strike. Many of his most important meetings are now held with only his closest advisors under conditions of extreme privacy.  Therefore, Trump knows that if the privileged info is somehow leaked to the media, that it will be the CIA & Company that really did it.

The CIA, NSA, DIA, and other much more secret entities within the national intelligence community both possess and have access to the most advanced monitoring technologies in the world. Since most of their employees are agents of Deep State first, and answerable to the American people second, they think nothing of “bugging” the POTUS.

The British GCHQ Has Its Cover Blown, Offers Unprecedented Reaction To Being Caught

The very same goes for the Great Britain’s GCHQ (UK Government Communications Headquarters).  They’ve been doing this as long as anyone since the Deep State existed there long before the good ole USA.  This is an extremely important point that most Americans are either unaware of or are quite naive about.  As follows:

Key Point: The British Empire had various incentives for establishing its own Deep State with the chartering of the East India Company in 1600.  Likewise, so did all the other empires that came before to include the Roman Empire, the Greek Empire and Pharaonic dynasties of Egypt.  What is less known is that with each successive empire, the Deep State became considerable deeper and broader.  Given the US-UK Empire that currently stretches across the planet, it can be said that Deep State has never been so deep and pervasive, as it is highly proficient in the art of spying and science of surveillance.

Of course Trump has been “wiretapped” since day 1

With this understanding it ought to be self-evident that Trump has known that he has been watched and recorded from the very beginning.  In other words, the very day that he expressed any hint of presidential aspirations, they were all over him like bees on a honeycomb (really bugged, if you will).  And ready to sting him any chance they got because of his trademark lack of political correctness. 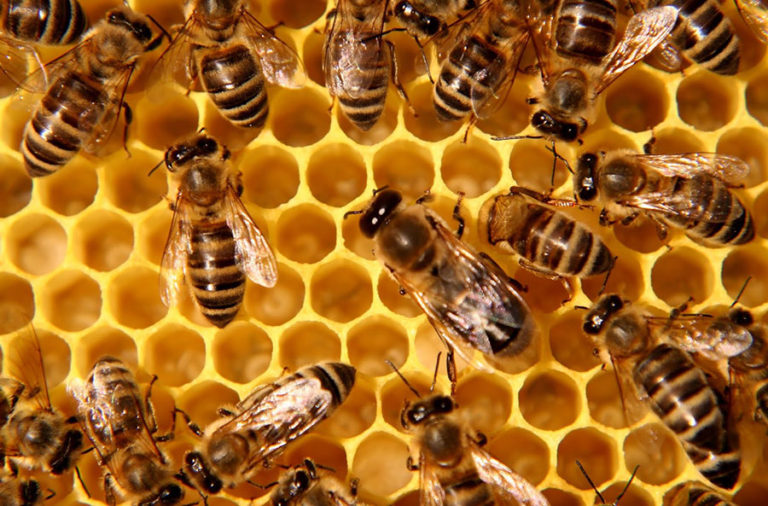 This whole charade being performed by the melodramatically outraged intelligence community is so ridiculous it defies reality.  Every one of the TV talking heads representing the various agencies is simply carrying water for both the Obama Administration and their Deep State masters. Under Obama, the heads of these intelligence agencies were paid prevaricators first, professional equivocators second. That’s all most of them know how to do since success in their careers as spooks greatly depended on it.

Hence, it can be said with absolute certainty that the entire US intelligence apparatus made Team Trump the target of unprecedented spying and surveillance.  And, that the United Kingdom’s GCHQ was the prime mover and go-to organization for the real sensitive stuff that was done in this regard.  The Brits are the absolute best for denying their obvious law-breaking with a perfectly straight face.  There is no doubt that much of this black operation was farmed out to GCHQ for the sake of plausible deniability…which is exactly the way it turned out.

Key Point: Virtually all of the London-based news outlets have been virulently anti-Trump since he first declared his candidacy.  The Telegraph, BBC, Independent, Guardian, Daily Mail, The Sun, Mirror, among many others have formed a veritable echo chamber of Trump bad news.  Not only do these MSM organs of propaganda originate much of that bad news disseminated globally each and every daily news cycle, they are fed copious amounts of intelligence from the GCHQ which inform their “breaking” stories.  Just as the C.I.A. effectively owns and operates the MSM throughout the USA, so, too, does the GCHQ closely control the output of the British media. (The C.I.A. And Deep State Conspiracy Finally Exposed)

This practice of contracting out domestic espionage that is the most radioactive to conduct, incidentally, is routinely utilized by and among all of the major intelligence and law enforcement agencies throughout the Zio-Anglo-American Axis.[2]  This includes — first and foremost — the CIA, NSA, DIA and FBI, as it does London’s MI5 and MI6, as well as Israel’s MOSSAD and Shin Bet.  Each of these entities violates privacy every minute of every day around the world and has for several decades.  It’s simply what they do like clockwork, and virtually without any constraints whatsoever … … … and Trump was merely stating the obvious.

The court of Queen Elizabeth I was renowned for the vast European spy network established by Sir Francis Bacon during the Elizabethan era.[3]  Since that time the Brits have expended a lot of time and resources in developing the most advanced and pervasive surveillance state in the world, bar none.  The keepers of the Crown Temple located in the Financial District in the City of London would leave nothing to chance.  They became exceptional experts in the systematic monitoring of all human activity across the planet that might have any influence on trade and commerce within the British Empire, as now within The Commonwealth.  Because the Global Economic and Financial System (GE&FS) is essentially administered from London, the British overlords have great interest in what is happening in The USA: the Military Arm Of The New World Order. They especially want to know what the sitting POTUS is up to; for there is no other world leader who can exert so much influence on the real-time outcomes throughout the GE&FS. This is just one reason why the United Kingdom has been completely transformed into “the most extreme surveillance state in the history of western democracy.”   However, their national security state is quite global in nature, not just domestic.  After all, it was Tim Berners-Lee from London, England who is credited with inventing the World Wide Web (that quickly evolved into the Internet) in 1989 when he was working for CERN, one of the biggest Deep State operations on the planet. CERN: Biggest Science Scam in History

Trump is not only being wiretapped to this very day; he will be for the rest of his lifetime.

In fact, Trump’s whole family, as are everyone in his inner circle, is also being spied on and surveilled around the clock.  And, no matter what shocking transgressions might be exposed in this regard, the agents of Deep State will not cease this unlawful conduct, nor will they ever admit to it.

Trump really had no choice but to blow up this whole story via Twitter.  It was the perfect pre-emptive surgical strike against the Deep State perps.  In this fashion he has also put into place a nice little insurance policy.   Any more leaks of strictly confidential material could only be acquired by the C.I.A. and their many co-conspirators, both foreign and domestic.

The U.S. Central Intelligence Agency Must Be Shut Down

Who Owns and Controls the Military-Industrial Complex? Part I

Who Really Owns and Contr

[1] What’s really behind all the fake anti-Russia hysteria?

The Anglo-American Axis is represented, first and foremost, by the major English-speaking countries of the world: USA, UK, Canada, Australia, New Zealand and Israel. The European member nations of NATO, such as Germany, France, Italy, Spain, Portugal, Belgium, Luxembourg and the Netherlands are also closely aligned with the AAA as are all the Scandinavian countries. So are the Asian Pacific Rim nations of Japan, South Korea, Taiwan and the Philippines. Saudi Arabia, Turkey, Egypt, Pakistan, Kuwait, Jordan, Bahrain, United Arab Emirates, and Qatar also owe their allegiance to the AAA but some of these may be changing. The World Shadow Government is an ultra-secret, supranational organization which completely controls the Anglo-American Axis, as well as the European Union, NATO, among many other institutional entities which constitute the Global Control Matrix.
(Source: Vladimir Putin’s Russia: Perfect Foil To The Anglo-American Axis And Their New World ‘Order’)