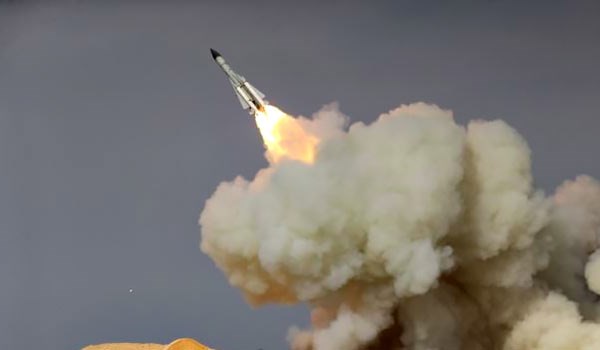 The Syrian air defense shot down an Israeli warplane and hit another one after four aircraft breached the war-torn country’s airspace, General Command of the Syrian Armed Forces said in a statement on Friday.

“4 Israeli enemy aircraft penetrated our airspace at 2:40, this morning in the Al-Bareij area across the Lebanese territory and targeted the military positions on the direction of Palmyra city East of Homs province,” the armed forces’ statement said, adding, “Our air defense system engaged and shot down an air plane in the occupied territories and hit another and forced the rest to flee.”

“This desperate attempt and blatant aggression of the Zionist enemy, was a move to support terrorist group and raising their morale, and the disruption of the Syrian Arab Army victories in the face of terrorist organizations,” the statement added.

“General Command of the Armed Forces affirms its determination to counter any attempt of the Zionist aggression on any part of the territory of the Syrian Arab Republic,” the statement underscored.

Earlier in the day, the Israeli military told Sputnik that its combat planes were targeted by missiles after they had attacked targets in Syria.

However, the incident allegedly did not result in any damages or casualties on the Israeli side, according to the source.

The Syrian defense ministry confirmed in November that the Israeli fighter jets launched a strike at army positions in the Western parts of Damascus, saying that they fired two missiles at al-Saboura region from areas near the Lebanese territories.

A military source at the defense ministry said that the Israeli fighter jets flew over and violated the Lebanese airspace and fired two missiles at al-Saboura region in the Western parts of Damascus.

He added that the attack didn’t leave any tolls and was aimed at strengthening the terrorist groups’ morale and undermine the psychological impacts of the Syrian army victories.

In November, the general command of the Syrian army and armed forces announced that an Israeli warplane launched an attack on one of the military sites in Quneitra, destroying a cannon and damaging another.

“This attack comes after the success of our armed forces, in cooperation with popular defense groups in thwarting a wide attack carried out by Jabhat al-Nusra (al-Nusra Front) terrorist organization on Hadar and its surroundings in Quneitra, killing tens of terrorists and inflicting heavy losses on them in arms and equipment,” the statement said.