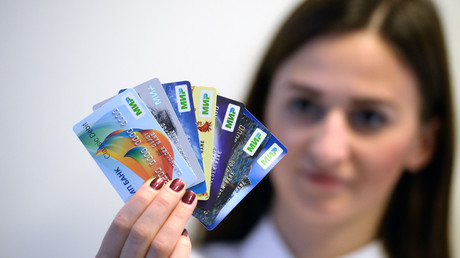 Over the 70+ years the U.S. has had control over the global monetary system, they have used the dollar on occasion as an ‘economic weapon’ to force other countries into ceding to their national and international policies.  And of course their most common way they do this is by cutting off nations from access to the SWIFT system.

But in the wake of the economic sanctions Washington and the European Union imposed on Russia following the Ukrainian coup, China, and now we can add Russia to this group, have used their time in creating their own SWIFT alternatives, and on March 23 the central bank of Russia announced they are fully prepared for any overt or covert monetary crisis which may include a dollar collapse, or future sanctions that might be used to attack the ruble.

If the Society for Worldwide Interbank Financial Telecommunication (SWIFT) is shut down in Russia, the country’s banking system will not crash, according to Central Bank Governor Elvira Nabiullina. Russia has a substitute.

“There were threats that we can be disconnected from SWIFT. We have finished working on our own payment system, and if something happens, all operations in SWIFT format will work inside the country. We have created an alternative,” Nabiullina said at a meeting with President Vladimir Putin on Wednesday.

She also added that 90 percent of ATMs in Russia are ready to accept the Mir payment system, a domestic version of Visa and MasterCard.

Izvestia daily reported that as of January 2016, 330 Russian banks had been connected to the SWIFT alternative, the system for transfer of financial messages (SPFS).

In 2014 and 2015, when the crisis in relations between Russia and the West were at their peak over Crimea and eastern Ukraine, some Western politicians urged disconnecting Russia from SWIFT. – Russia Today